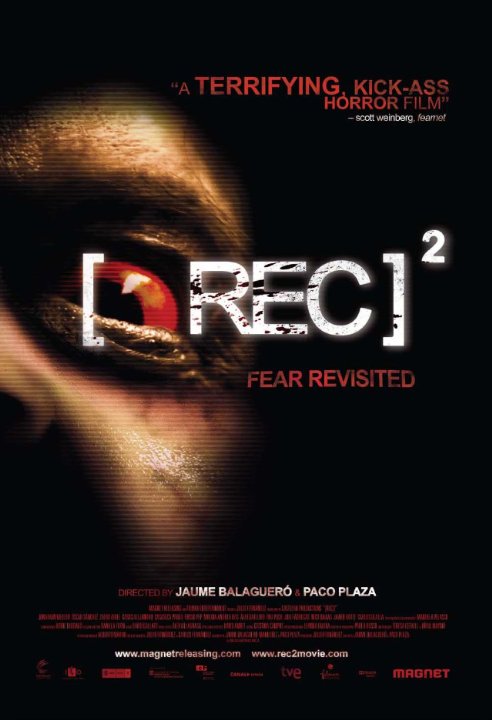 Plot: Following the events of REC - a SWAT team and doctor are sent into the quarantined apartment after contact is lost. -- Chris Kavan

picking up where the original left off, the Barcelona, Spain S.W.A.T. team and a team of doctors go into the sealed off apartment building to find answers to what caused the initial outbreak of a virus that turns people to flesh eating zombies. Awesomely scary movie just like the original. However, I do not like having to read the dialog as the movie is happening. Worth watching if you want to jump out of your seat.

I still liked it - it used a lot of the same elements from the original that made it so good, but for some reason they threw in a random religious theme that seemed completely wrong. I prefer the straight-up zombies rather than some weird demonic possession route. Watch it for the visuals, not the story.

No posts have been made on this movie yet. Be the first to start talking about [ Rec ] 2!