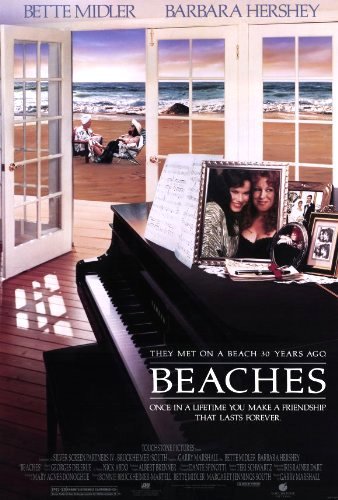 Extremely moving. I saw this in the theater when it came out and it's the only film I've ever seen where a substantial part of the audience was bawling at the end. Although there are funny parts, it's really a drama. Midler is great as the completely self-centered actress.

This is one of the best movies I have seen. I love Bette Midler. It's a great show to watch with your best friend.

No posts have been made on this movie yet. Be the first to start talking about Beaches!