Plot: A day in the life of a South Side Chicago barbershop - one that Calvin Palmer has just inherited from his recently-deceased father and has all intent of selling, until he comes across the personalities of both the employees and customers who call it a second home. -- Chris Kavan

A "hangout" movie where we focus on a group of characters and their day-to-day dealings. The actors all get a chance to spout quips at each other and converse on topical issues. I liked these scenes a great deal. The group has a nice easy charm about them. It's when the film tries to have an actual (cliched) plot that the charm fades. I'd been a bit more okay with this if the writers didn't also wedge in a forced subplot with Anthony Anderson's character that is completely unnecessary and not funny. At least the sequels improved on this somewhat.

I was surprised by how good this movie was. There's a few cliches in it, but not as many as I thought there'd be. 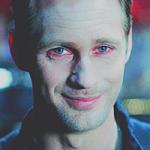 The movie looked like it had potential for black empowerment with a near-enough all-black cast. Obviously, since it was set in the ghetto it wasn't hard to assume what kind of stereotypes would appear, but I was hoping more than anything that this film would be both entertaining and have some redeeming social values. It really didn't, but that doesn't make it bad.

You have your stock of (black) characters: the main character, male, with financial and family problems who is searching for a solution to his woes; a hood rat with a ghetto attitude with a soft underbelly; an old man who's seen fifty years of life in that particular area; an warm-hearted African with a Lion King-/Disney-esque view of life; a vendor looking to sell off his goods by going from shop to shop; a conniving crook …

No posts have been made on this movie yet. Be the first to start talking about Barbershop!