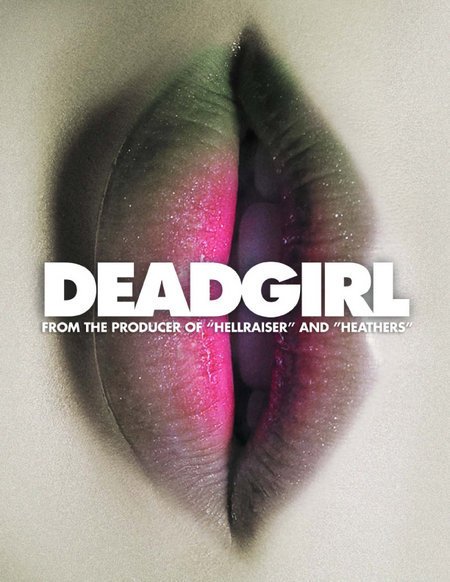 Plot: Two friends exploring an old mental asylum come across a girl chained to a table. When they find out she is undead, each has their own idea of what should be done with her. -- Chris Kavan

Takes horror and teen movies to new and disturbing ares. A character drama set in an unpleasantly twisted sexual manner. I found it to be quite fascinating.

A bit disturbing on many levels, Deadgirl takes adolescent angst and disillusionment to an entirely different level. It's just something you have to watch to get the full impact - but be warned, it's not the easiest film to get through.

There is a trend among horror movie makers at the moment to tackle some really harsh and troubling subject matter, but in an intelligent and thought-provoking way. 'Martyrs' is one such example where what is happening on-screen is excruciating but at the same time very compelling, and never once does it feel exploitative or gratuitous in the same way that so many movies tackling similarly disturbing subject matter can, and 'Deadgirl' follows a similar path.

'Deadgirl' is the story of two teenage outcasts, Rickie (Shiloh Fenandez) and J.T. (Noah Segan), who decide to bunk off school and hang out in a derelict hospital. Whilst doing the normal teenage boy thing of drinking beer, smoking and general vandalism, the two friends get chased by a wild dog and end up getting lost amongst the …

Movies I Want To See by dwry

No posts have been made on this movie yet. Be the first to start talking about Deadgirl!