The Last House on the Left Movie Information 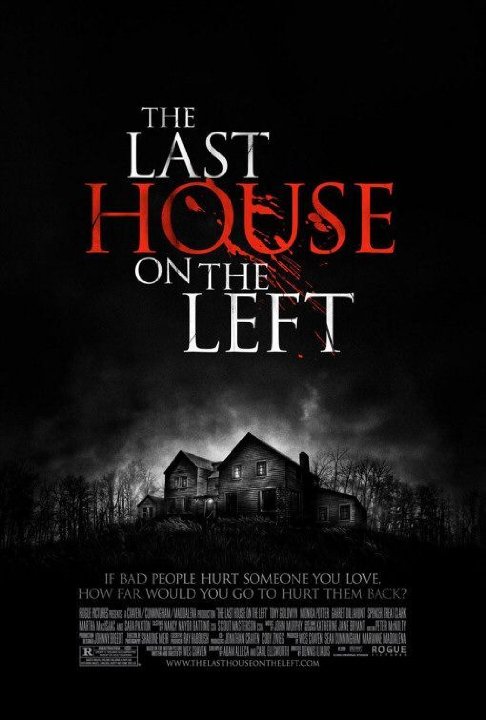 Plot: Remake of the 1972 film that finds a gang of criminals getting a taste of their own medicine after running into the parents of one of the girls they brutally assaulted.

Although I feel the original is more visceral, this updated version is no less powerful - if this is your kind of thing. It's not family viewing, but if violence and revenge are your thing, it's going to do the trick.

This movie was at once heartbreaking and terrifying. Defnitely hard to watch as well as not being for kids, this movie was excellently pulled off. The rape scene was so incredibly difficult to watch but it made me truly okay with what the criminals got in the end.

This movie has a Rape Scene, you are warned.

I had this on my Netflix queue for a while, and finally got to see it. I really wished I read the reviews PRIOR into watching this movie, but I was afraid of the spoilers. This gave me a typical psychological horror feel of a movie and I was rooting on the girl to get away from her pursuers. I've had my share of horror, slasher, gory films. It wasn't until the rape scene that I wanted to throw out the DVD. I will NEVER be able to get rid of the rape scene and her screams out of my head. It is NOT a pleasant. I do not get WHY do they have to make it so graphic. It's an utterly unnecessary part of the plot. IF the rape needs to be in it, then have the camera zoom out, blurred out so you can see the motions in the background, but you cannot really make it out, and it's obviously the girl …

This movie was kind of out of left field to me. As somebody who never saw the original I was excepting this to be like "The Strangers" with Liv Tyler. This movie was nothing like that though. This movie is very in your face with a lot of horrible imagery. Everything from a girl being stabbed in the stomach to an outright rape. The movie does a great job of building the characters and the acting is solid with the exception of Paige (Martha McIsaac) and Sadie (Riki Lindhome). The thing that actually bothered me the most was the very last scene. The move had a very solid ending and it fades to black only to come back on a microwave and the villain. I'm not here to spoil it to you but it was one of the only useless moments that was only in the movie to pad running time and add gore. …

I'd expect a lot more fight outta you, John.

Unnecessary and painfully derivative re- make of Wes Cravenâs semi classic and cultish movie â The Last House on the Leftâ.
Last House is a well-made revenge thriller with an above average cast but lacks any moral fiber and is painfully unoriginal.
As an exercise in gore-nography, this is a movie, which pulls all the right strings; torture, mutilation and ultra violence abound and throw in a shockingly gruesome final death scene right out of a 1980s video nasty and the sadists get there proverbial moneys worth.
Taken at face value though, Last House has no character development, few shocks and is brutal, nasty and pretty ugly to watch. As with Rob Zombies âHalloweenâ this is another re-make which quite simply doesn`t hold a candle to the original.

No posts have been made on this movie yet. Be the first to start talking about The Last House on the Left!