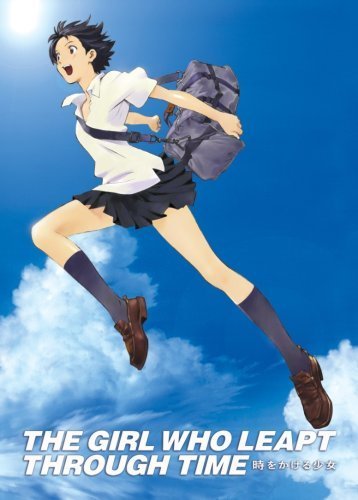 Plot: A young girl finds she has the ability to go back in time and at first uses this ability to her advantage. But as she soon finds out, altering fate has its own consequences and as she realizes this ability is only temporary she races to fix everything she has altered. -- Chris Kavan

An anime film that doesn't rely only on its magic, "The Girl Who Leapt Through Time" is one of the most charismatic anime features out there.

A sweet and subtle film that uses its sci-fi plot device to support genuine character development. I found the "arm tattoo" element of time travel compelling and new, and the film's time-leaping segments are beautifully realized.

There's no super powers, no giant robots, nothing out of the ordinary - but the fact the story and characters are grounded in reality only makes the impact that much more powerful. It's such a simple, sweet film but it just sticks with you. A great coming-of-age story with a twist - perfect for families and just a great film.

No posts have been made on this movie yet. Be the first to start talking about Girl Who Leapt Through Time, The ( Toki o kakeru shÃ´jo )!