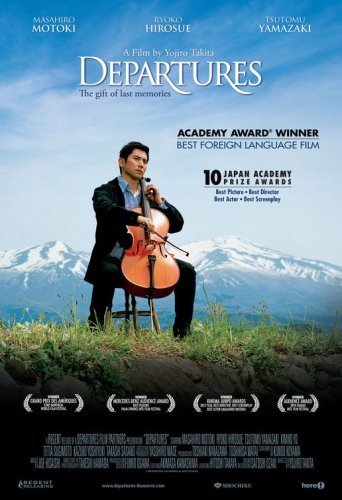 Okuribito is an excellent film that deals with what it means to have a place in life after one's dream career has come to nothing. It is about starting over, in one sense, and family in another: but the simple way in which Okuribito pulls this together in the end is by far its most moving achievement.

While Okuribito may carry a stigma due to its subject matter, it is by far the best film I've seen dealing with the business, humour, and power death has over how we live our lives. The narrative does not feel like an excuse for its message or even coincidental: it is not about profoundly staring off into the distance, or going on a road trip to show off national scenery. Okuribito avoids bloated sentiments, jaded notions, trite philosophical dialogues, equally trite transcendent …

No posts have been made on this movie yet. Be the first to start talking about Departures ( Okuribito )!