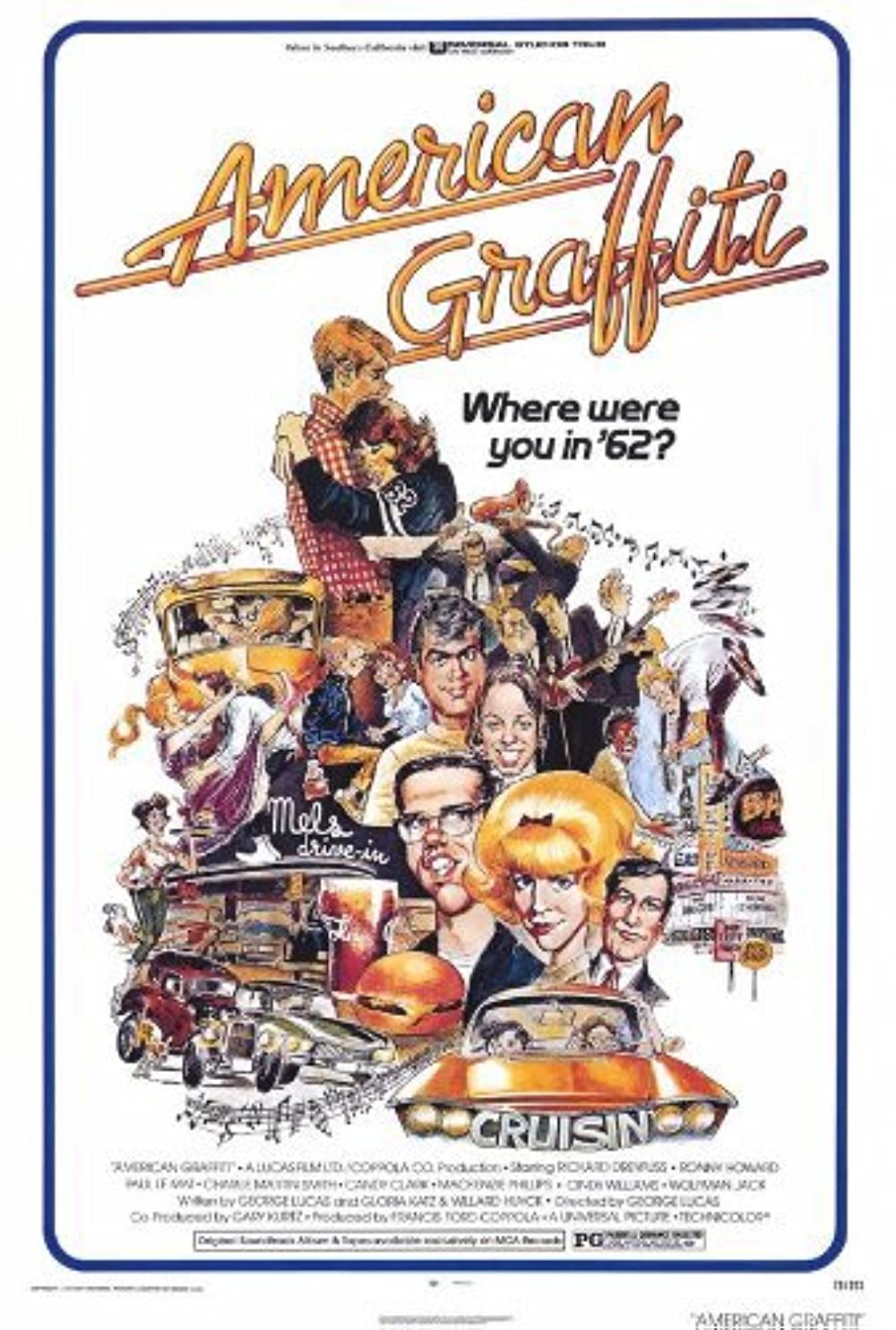 Plot: A group of graduating high school students enjoy their last time together as they eat at the drive in, drive around, and woo the local girls.

Set in a time before the Kennedy assassination, Vietnam, and other events where everything changed, "American Graffiti" captures the last hours of innocence and youth in a timeless teen comedy filled with a copious amount heart and nostalgia.

George Lucas' first major success before Star Wars probably pleases a lot of baby boomers or those nostalgic for the 1960s. But it's pretty boring. Just a hundred minutes of future A-list actors driving around their parents' cars and pretending to be college-bound youths.

Sublime, iconic and ultimately accurate portrayal of those rebel teen generations. Lucas explores a unique area here before reaching sci-fi stardom, and I definitely approve this brilliant triumph of a success. Ask those who rode nice cars and went to restaurants often during the 70s. The genre is officially dead (John Hughes was the last guy to get lost inside the minds of pop-cultured youths), so we are actually left with these classic masterpieces, especially with so many goddamn American Pies floating around! 92/100

Can't go wrong with a nice cast and a producer named Francis Ford Coppola. The special features such as the tidbits and trivia of the film being Lucas personal writing and based on his personal experiences. Funniest moments were Milner/Carol interactions and Terry trying to get alcohol. A cool line from the film - Curt - "I think she said, 'I love you.' That means nothing to you people? You have no romance, no soul?" Boasts one of the best soundtracks and coming of age stories. Weak-points would be the uninteresting story-lines of certain characters and a flawless cast. American Graffiti is a good coming of age film enjoyed by anyone. If only Lucas can do more films such as these.

Once Upon a Boring Night...

I didn't find it particularly poignant perhaps because I couldn't relate to the characters at all. Platitudes run abound for one night and I wish I could say that enjoyed a few handful parts of it. The best thing about the movie is the music, such as The Beach Boys. I thought it captured that generation pretty well. A lot of older people say it stood the test of time. Ehh, I don't think so. The current generation is more like "Superbad" than "American Graffiti." I guess one could compare these two films regarding how much things have changed in thirty years. Other than that, there's nothing much to recommend. There were too many scenes shot in cars, people goofing around, not saying anything especially deep. After an hour into the picture, I wished the night would just end already.

No posts have been made on this movie yet. Be the first to start talking about American Graffiti!