All of Me Movie Information 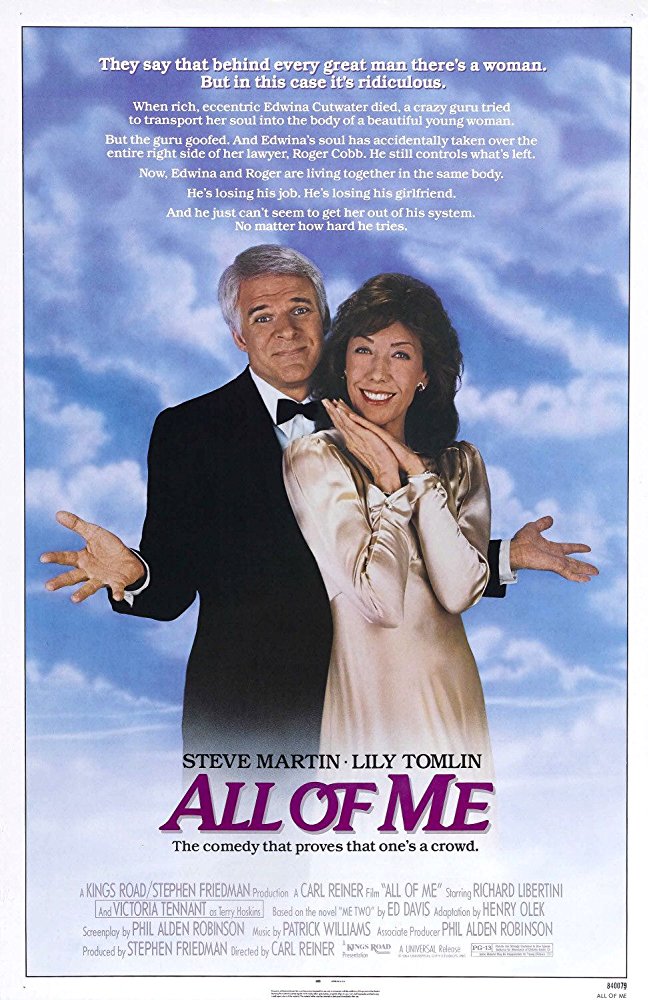 Plot: Unsuspecting attorney ends up sharing his body with the spirit of a client he hates. -- serioussir

A different kind of romantic comedy, "All of Me" brings back feelings of screwball films of old.

Amusing rather than laugh out loud funny, this is still far better than any of Martin's efforts of recent years.

This is one of Steve Martin's best performances! Although it's dated, it is still funny. Tomlin is also great in it.

No posts have been made on this movie yet. Be the first to start talking about All of Me!