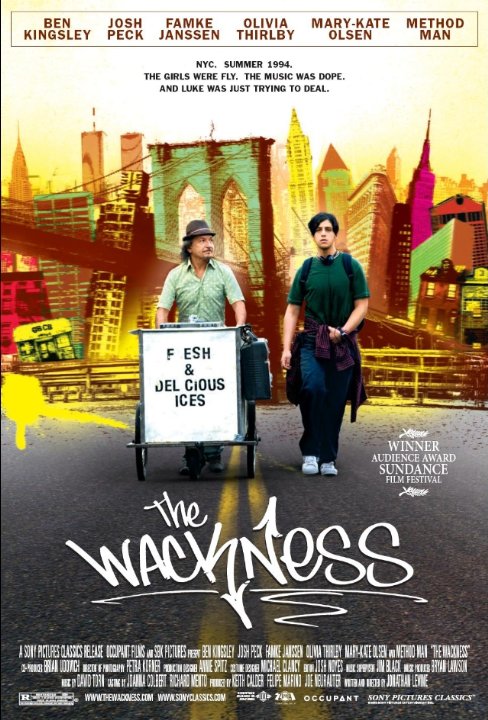 Plot: New York, summer 1994, the greatest year in hip hop, a troubled teenage drug dealer trades pot for therapy sessions with a drug addled psychiatrist intent on living his life to the fullest.The two form an unlikely friendship, but things get complicated when the kid falls for the doctor's daughter.

A summer love flick about music, drugs, sex, and learning how to deal. I found this movie to be really fun. It wasn't cheesy or goofy. It was heart-felt and realistic. I have heard people complain about Ben Kingsley, who I actually found enjoyable in this movie. I think he was a great choice to play the doctor. The end really is amazing as it deals with his first love and first heartbreak while making an unconventional friend who has to deal with his own issues. And what a soundtrack. Seriously underrated and tossed aside. Trust the cast and trust this reviewer, this movie is really good.

Not great but not all that good either.The best thing about this movie was the soundtrack which I probably wouldnt mind buying if I found it cheap somewhere & the memories this movie brung back of high school days

Josh Peck has proved that he can be in adult fims,than his rather kid tv shows.i loved this film.he finally get's to shine with his acting abilities.cause not only was this movie was amazing,but Peck and Ben Kingsley own this movie.they are great together.i can't think of anything bad about this movie.it was great in many ways,especially emotions and drama that these characters go through.Johnathan Levine is truly an amazing filmmaker with his crafted emotions and drama.check this film out.it's not some stupid "8 mile" kind of movie.this movies doesn't rely on violence.it relies on soemthing better, the characters and they're emotions.

With rap through Wackness

The Wackness is a coming of age summer film that succeeds with most of the casting choices. The plot could have used some sharpening since the drama portions left a bit unmoved at times. The highlights for me personally are Ben Kingsley's performance and the soundtrack, which is full of very stellar hip hop music mostly. The age difference between the main cast members provides engaging scenes, but the way the story lines play out kill delicious possible scenes which was a bit disappointing. Featured nice cinematography at times, nothing too special. A couple of long takes would have made wonders to this movie, it's a real disappointment they are not utilized more often. Method Man speaking Patois gives quite a laugh since it sounds kind of forced. Overall a pretty good movie.

Must See Movies for Men by FSUNoles27TS

My Favorite "Pace of Life" Movies by FSUNoles27TS

No posts have been made on this movie yet. Be the first to start talking about The Wackness!