Plot: Two couples find themselves trapped in a house deep in the woods where a killer by the name of Tin Man has set the rules and if they don't play by his rules, they will all die. -- Chris Kavan

I really did not enjoy this movie. I wanted my money back and my time. I love horror movies even when there is no gore and just suspence. But with thismovie I was bored and a little confussed in the begining. Why are we supposed feel the suspence or fright of water coming under the door when it's raining outside. It's not like it terrifing to most people. I found it boring and only a little preachy towards the end. I would not recommend this film. 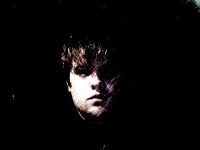 A Step in the Right Direction for Christian Cinema

Anybody who is at all familiar with Ted Dekkerâs or Frank Perettiâs work was waiting on pins and needles for the film adaptation of House, a horror novel that the two wrote together. With these two masters of the supernatural thriller genre coming together and creating a riveting book, fans were hoping that the movie would be equally as exciting. Now I know that there are skeptics out there that are saying, âHold on a second, Dekker and Peretti are Christian authors. So that would make the movie and Christian horror movie.â Yes, that is exactly what I am saying, and trust me, itâs not as bad as it sounds, plus Kirk Cameron had nothing to do with it. House breaks many stereotypes when it comes being to a Christian film but it when it comes to the horror aspects I felt like …

Better than I expected

I was very pleased with this movie. No, it is not a slasher which seems to be what is expected from the horror genre these days. Yes, you do have to think a little which few people seem to want to do these days. It is a story with a general moral to it: light defeats darkness. There was certainly no content warranting an R rating (a PG-13 would certainly have sufficed).

I have been a bit confused over the negative reviews of this film, and I think it may be because of subtleties. House contains many subtleties, and as such, may distract some people from the main plot which is as follows. Two couples and the owners (a family of three) are trapped inside a house. The villain wants one of them dead by sunrise or they all die. The two couples try to escape without killing each other. …

No posts have been made on this movie yet. Be the first to start talking about House!