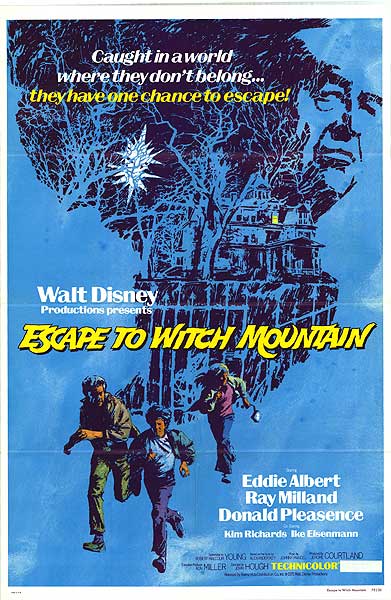 Plot: Tia and Tony are two orphans possessing amazing abilities. Millionaire Aristotle Bolt seeks to exploit their powers, but they meet up with a cynical widower who reluctantly agrees to take them to Witch Mountain. -- Chris Kavan

One of my favorite live-action Disney movies that I watched when I was young. Despite a remake being available, if I had the choice I would go with this one every time.

It's a great kids' movie.

No posts have been made on this movie yet. Be the first to start talking about Escape to Witch Mountain!