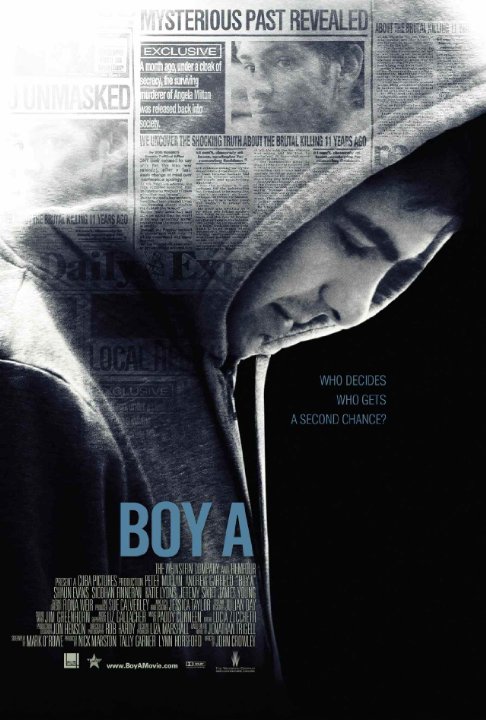 Boy A is an extremely powerful little film. It's a fascinating coming of age story with a unique twist that really makes you think about relationships, love, the past, and second chances. The story and its many themes are channeled brilliantly by solid lead performances from Andrew Garfield and Peter Mullan. The film is a little slow, but by the end it pays off. Worth a watch.

Originally a novel written by Jonathan Trigell, this feature film directed by John Crowley is ultimately about about rehabilitation and redemption. Even though itâs more focused on the rehabilitation outside of a facility, I think itâs more interesting because it also manages to tackle the philosophical question of othersâ knowledge (and lack thereof) of a particular event in oneâs lifeâhow that knowledge can change the way they think and act around the person of controversy. Andrew Garfield does an amazing job as Jack Burridge who was sentenced to jail as a child because of a murder he committed. With the help of Peter Mullanâs character who is like a father figure to Jack, Jack is given the chance to reintegrate into a society that he left (or of which that left him?). …

Four-Star Films (in no particular order) by Jase

Movies People should watch by DocVenture

All Movies I've Seen by Fizzybubblespop

No posts have been made on this movie yet. Be the first to start talking about Boy A!