Remake of the 1965 movie version that benefits from an international cast of good actors and a beautiful yet eerie setting:in this case a hotel in the middle of the Iranian Desert.

How To Murder Agatha Christie!

If you love Agatha Christie (and I do), this is her best-selling mystery of all time!

If you're talking location, it's set in pre-revolution Iran in the most breath-taking, opulent hotel imaginable for 1975!

And this cast; talk about star-studded! Music by a well-known giallo composer in the Ennio Morricone style!

As a director, how, how, how could you mess this up?

The answer is you spend your budget on locale and cast, and skimp on boom microphones and an editor.

For example, there are whole scenes where you have to max the volume out on your TV just to make out what folks are saying. And it sounds like it's being recorded through an old can. The credits say they re-dubbed at some point, but good chunks of the script are still unrecognizable. (Especially Gert … 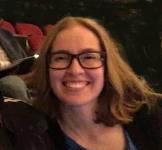 This film had so much going for it, yet it was an utter disappointment. The pacing was miserable. I couldn't believe it was only 98 minutes long. There were way too many extended scenes of characters simply walking around the hotel. As gorgeous as the location was, the editor compromised anything resembling suspense with these drawn-out sequences that added next-to-nothing to the forward momentum of the story.

The music was odd. It almost felt as if the soundtrack was a desperate attempt to make up for the lack of suspense caused by pacing issues.

The sound was abysmal. One character would be adequately miked in a scene & the rest difficult to hear or muffled Ã  la Bane in the Dark Knight Rises. …

No posts have been made on this movie yet. Be the first to start talking about Ten Little Indians aka And Then There Were None ( Ein Unbekannter rechnet ab )!