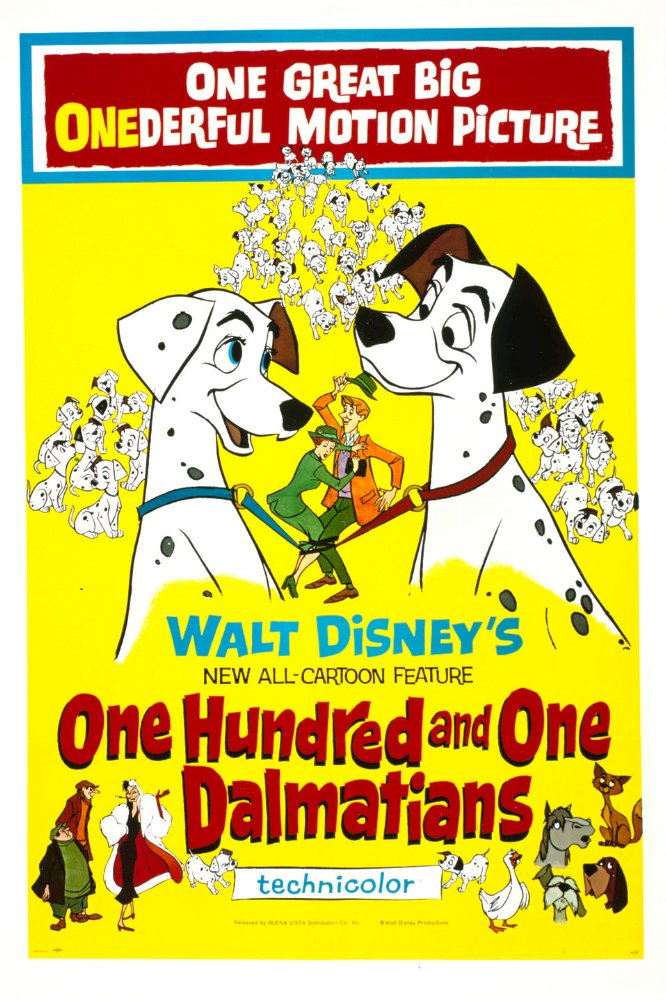 Plot: A pair of dalmatians, Pongo and Perdita, have a litter of 15 puppies but come under the evil gaze of Cruella De Vil, who wants nothing more than a dalmatian-skin coat. When two dull-witted thugs kidnap the puppies, along with 84 other dalmatians, it's up to the parents to save the day. -- Chris Kavan

The most poised of Disney's animal features, "101 Dalmatians" has lost none of its charm or lovability.

I guess I saw this in theaters when I was six, but I didn't remember it much. I love the rather "hip" animation style which sets it apart from the princessy Disneys, and both Roger's bohemian cool and Cruella's bad girl glamour are impeccably conceptualized. Sad that it really has only one song, but it's a pretty fabulous one.

Great family film for everybody. All the ingredients are there. Nothing special or game-changing in this flick though.

No posts have been made on this movie yet. Be the first to start talking about 101 Dalmatians!