The World According to Garp Movie Information 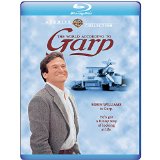 An early Robin Williams film which is more adult than his usual fare, but rather too self-consciously wacky and not half as clever as it thinks i is.

No posts have been made on this movie yet. Be the first to start talking about The World According to Garp!