Welcome to the Dollhouse Movie Information 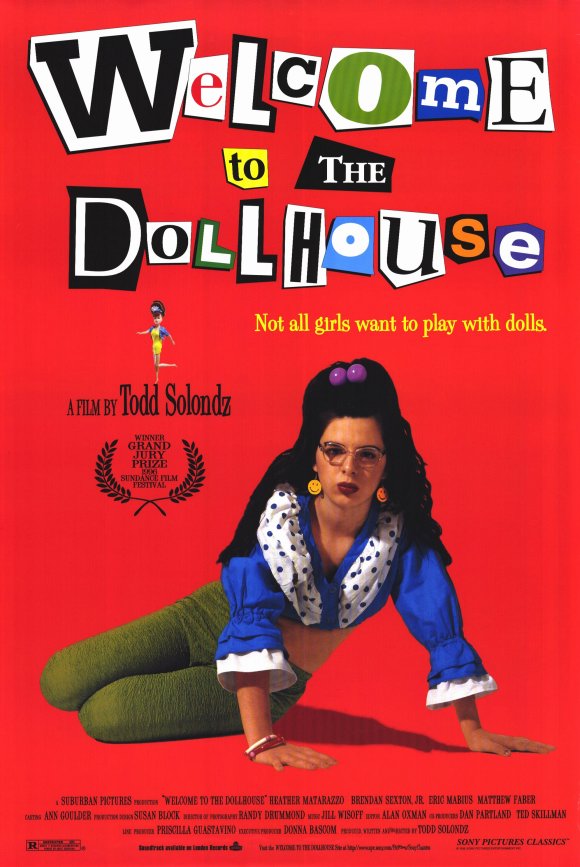 Plot: Dawn Weiner has a lot to deal with - her looks cause her no end of teasing in school, her older brother is a brain, her cute, younger sister gets all the attention and the guy she has a crush on rejects her. Todd Solondz spares nothing in his look into adolescent hell. -- Chris Kavan

If you're ever looking for reasons why growing up sucks, look no further than "Welcome to the Dollhouse," Todd Solodz's fascinating breakout dark comedy.

Todd Solondz is known for tackling subject matter most directors wouldn't touch with a 10-foot pole. This may be one of his more accessible films, though it's still rather dark dealing with alienated youth and outsiders in general. Still, it's worth it to watch.

A truthfully funny and painful story of young adolescence that is not often seen in movies. This film shows the more awkward and cruel side to that middle school age, through a sympathetically flawed character.

Top Ten Films of 1996 by KingoftheCorn

No posts have been made on this movie yet. Be the first to start talking about Welcome to the Dollhouse!