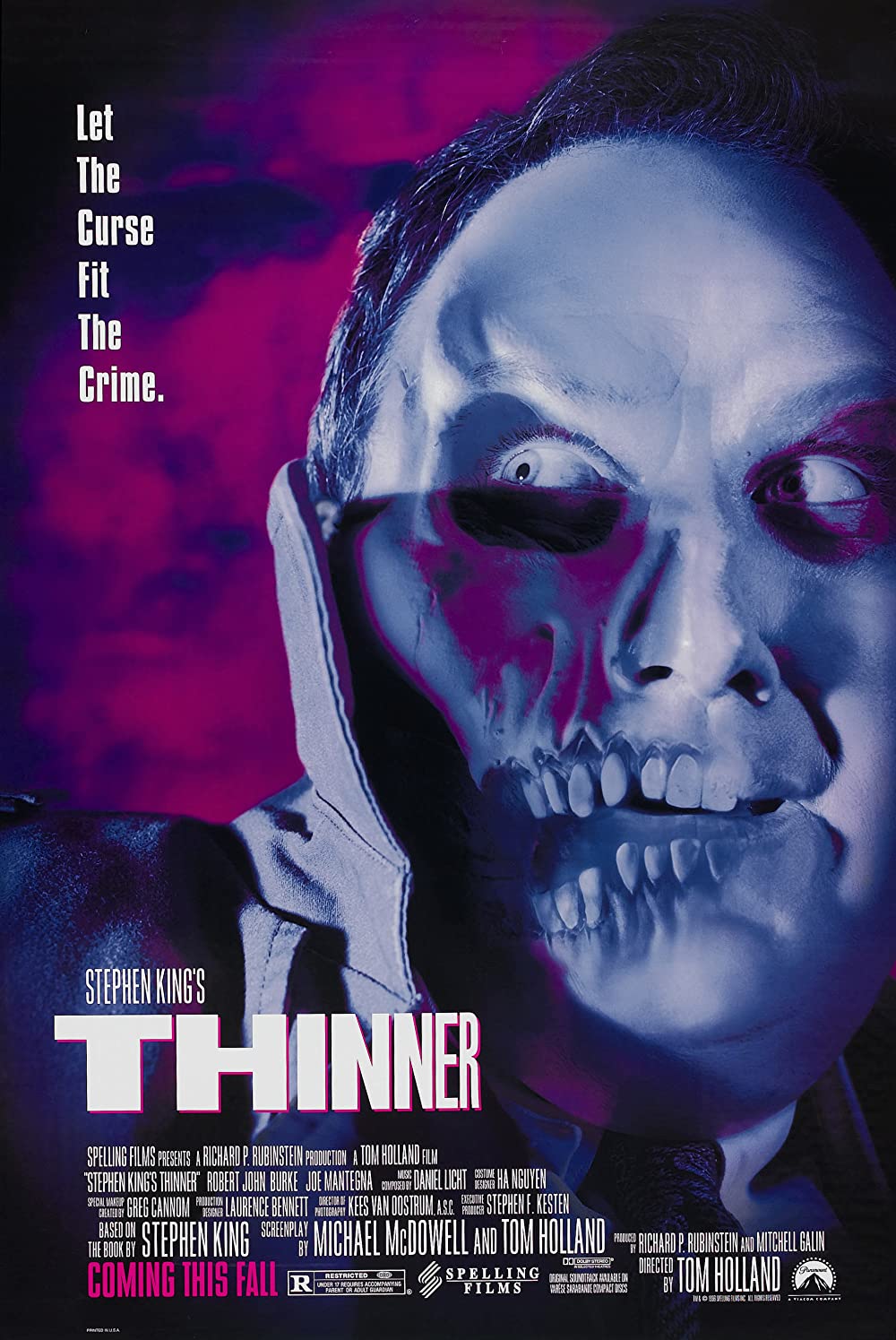 Plot: A portly lawyer incurs the wrath of a gypsy curse and finds himself growing thinner everyday. When he realizes this weight loss will lead to his death, he calls on some organized criminals to remove the curse by force. -- Chris Kavan

This all around bore of a horror film will make you scratch your head more that it will scare you.

The premise of the story revolves around a 300 lb lawyer Billy Halleck (Robert John Burke) who accidentally kills an old gypsy woman. Because he has friends in high places, he gets off, even though the accident was his fault. The father (Michael Constantine) of the dead gypsy woman places a curse on Billy by placing his hand on the cheek and whispering, "Thinner". The lawyer starts to lose weight at an alarming rate and draws closer to his own death so he calls on his friends in organized crime to help him persuade the gypsy to lift the curse. Joe Mantegna was great as the mob buddy. Anyway it was pretty creepy and deserves it's just desserts. How about some strawberry pie? âDie Clean White man from Townâ¦.Die Clean!â

I think that this is the most underated King book and Holland film ever. I'd never even heard of it untill I got the chance to meet Mr. Holland at a festival a year ago and heard someone talking about it. 'Thinner' is a really good film. If you haven't seen it yet tell net flicks to get it to your house asap!

No posts have been made on this movie yet. Be the first to start talking about Thinner!