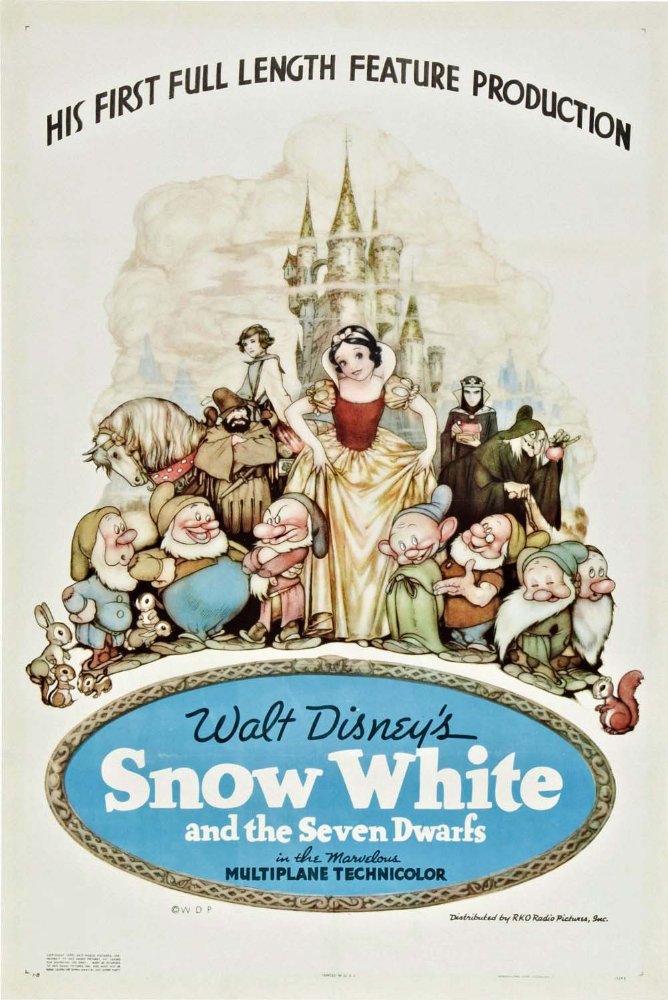 Plot: The classic tale of Snow White being poisoned and awakened by a prince's kiss.

Capable of making audiences feel every possible human emotion, the first ever full-length animated feature remains on of the most timeless movies of all time.

The first animated feature film ever is also one of the best animated experiences of all time. David Hand was named crazy, but his unique masterwork has transcended 70 years later and now is referenced as an inspirational source for creative and inventive storytelling. The Toy Story of the 30's (as for influence and landmark filmmaking goes). 98/100

Disney's first full length animated feature. It is animated incredibly well in a way wherever you look you ca see something in this rich vibrant animation which films are just not animated with this detail or artistry anymore. The animation is perfect and the rest of the film is very good too. The characters of the dwarfs are all very good and never seem overdone, and the queen is an excellent villain. The songs are very good and very well stages, and most of them are incredibly memorable. It is a mostly pleasant film that earns is nice nature it is incredibly good. It is not the best Disney film but it is up there, the things that keep it from the best are obvious. First Snow White herself is a rather bland and uninteresting character and you could lose the wishing well song but …

While Disney is remembered most for a certain little mouse, it is remembered second-most for its animated films. It's funny that they're remembered for making films geared towards children, because looking at their first (and THE first) animated feature-length film, it's not exactly for the faint of heart.

Of course I am talking about Snow White and the Seven Dwarfs, about a beautiful young princess who hides in the woods from her only-slightly-less-attractive stepmother, the Queen (no name...just "The Queen"). She ends up in a cottage owned by seven minor-sized miners, each named for their personalities (or lack thereof). Doc, the sort of leader of the group (wait, "Doc?" Why Doc? 'Cause doctors are smart? I really don't know...); Happy, a jolly old elf; Grumpy, a rather sadistic ol' …

No posts have been made on this movie yet. Be the first to start talking about Snow White and the Seven Dwarfs!