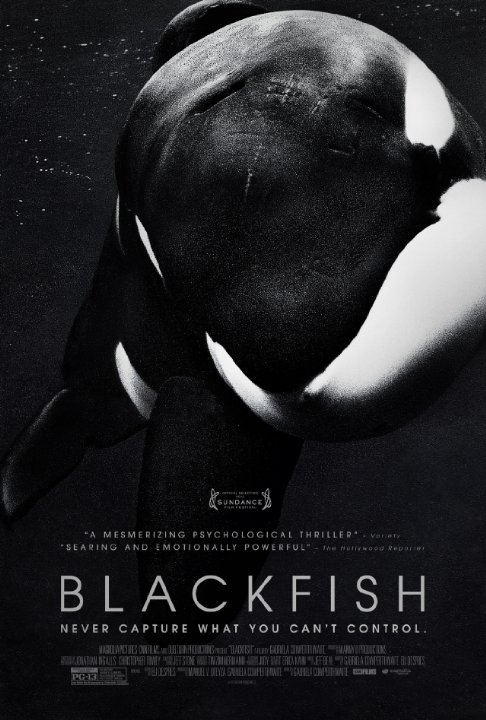 Blackfish is an insightful, heartbreaking, and shocking documentary which ranks as one of the very best of the year. Some may find it to be entirely one-sided, but how could it not be? SeaWorld execs refused to take part in defending themselves or having interviews done. Plus with all the lies they perpetuated, now exposed through talking heads from past employees and trainers, among other people connected to the capturing of whales for the shows, it wouldn't matter either way. Everyone should watch this, and no one should ever pay to go to SeaWorld again. Or any amusement park with trapped whales for that matter. Fortunately I've never been, but if I did go it would be to stand out front of the park to protest. Ultimately, though, Blackfish is an insightful, and again, heartbreaking documentary that proves once again that these beautiful animals should be left in their own habitat and not kidnapped and separated from their families for the amusement of us silly humans.