MovieMike's Movie Review of The Visit (2015) 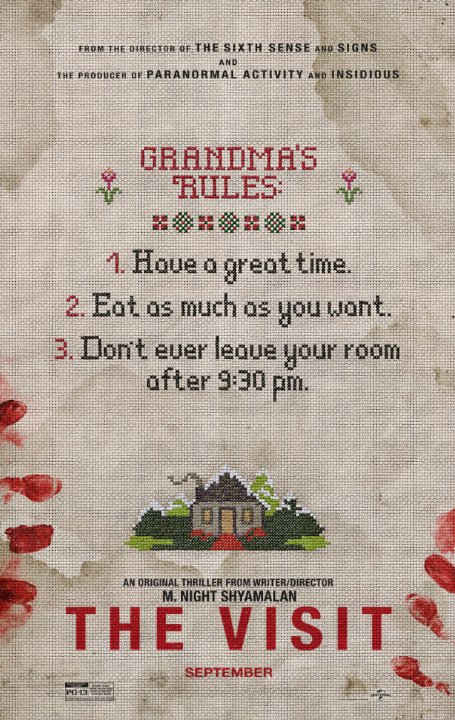 I can't believe they still give M. Night Shyamalan money to make more movies. 'The Sixth Sense' was probably his best work, and 'Unbreakable' was likeable as well. However, since then, there's been this slow but obvious decline in the level of quality in the movies he's been tied to. 'Signs' was barely watchable, and 'The Happening' was a huge disappointment. Now we have 'The Visit', shot in a first-person pseudo-documentary style (think 'Blair Witch', only dumber). The premise will probably catch your curiosity, but I had sussed out the 'gimmick' in this film fairly early, so the remainder of the 94 minute run time felt like an eternity. I also thought some of the subject matter was was not very politically correct in the handling of elderly stereotypes. I think anyone who has dealt with an aging relative with any form of dementia or Alzheimer's would be rightly offended by the story presented here (or maybe that's just me). There were also a number of plot holes, like: If these kids never met their Grandparents, then how did they already come up with endearing nicknames for them? The supposed BIG secret is anything but when it's revealed in the final frames. Not worth the $ to see in theaters or rent.