Indyfreak's Movie Review of Fantastic Beasts: The Crimes of Grindelwald 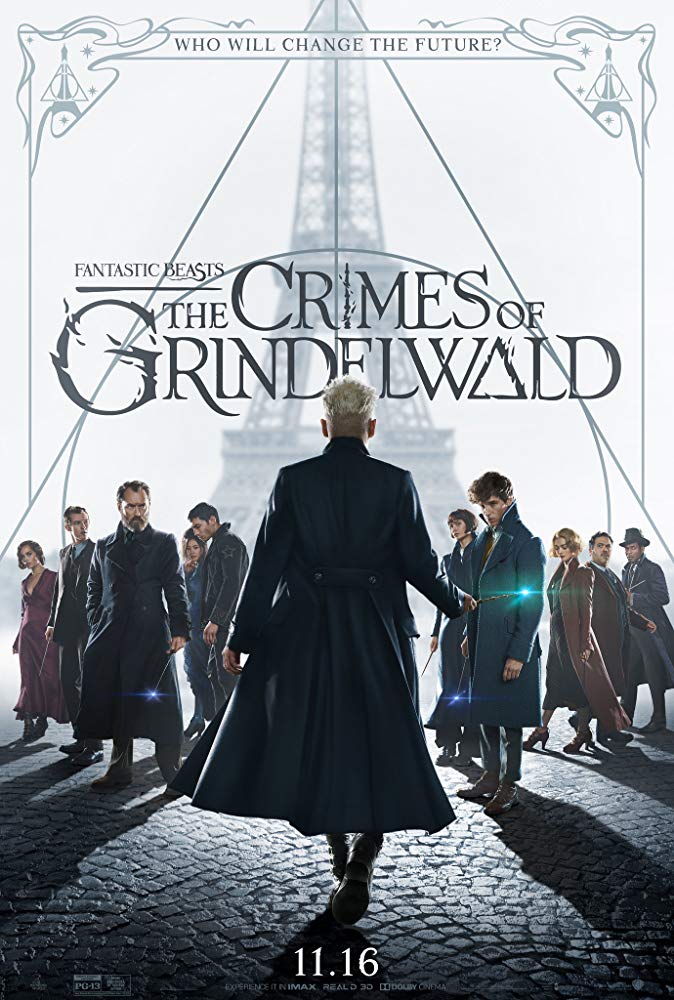 Fantastic Beasts: The Crimes of Grindelwald

The worst reviewed installment in Rowling's Wizarding World franchise is guilty of several critical complaints. It's far too long, the crux of the plot is spread out too thin, and the mythology inconsistencies are a slap in the face to Harry Potter fans. I liked the first Fantastic Beasts movie. It was a little overstuffed but it was fun and colorful. Perhaps owing to the darker storyline here, the color palette is far more drab to look at. The creature effects are all the more welcome considering they're brighter and more interesting visually than the rest of the film.

I suppose it's good that he main cast returns to the fold, Eddie Redmayne somehow less likeable than in the first FB movie. There's being eccentric and endearing then there's being antisocial and an asshole. Dan Fogler is delightful as ever as the happy-go-lucky muggle Jacob whose romance with Queenie takes a strange dark turn out of nowhere. Katherine Waterston is too good for this material and it shows with her thankless role as Tina, ostensibly Newt Scamander's love interest bu you ask why a strong if stubborn woman like her would fall for a disheveled loser like Newt? Controversy aside, Johnny Depp is fine as Grindelwald, a sort of prototypical Voldemort only less campy so it's less amusing. Still, I can't accuse him of sleepwalking through his performance. The standout of the cast is honestly Jude Law as a young Dumbledore. He's witty, charismatic, and far more interesting of a character than Newt Scamander ever was in either film.

The movie does have its redeeming features which fans and viewers will enjoy. As mentioned before, the parts actually featuring the Fantastic Beasts (in the friggin title) are fun and exciting. Why can't the movie be more about collecting magical creatures instead of this tiresome phony world building desperately disguising itself as political intrigue?