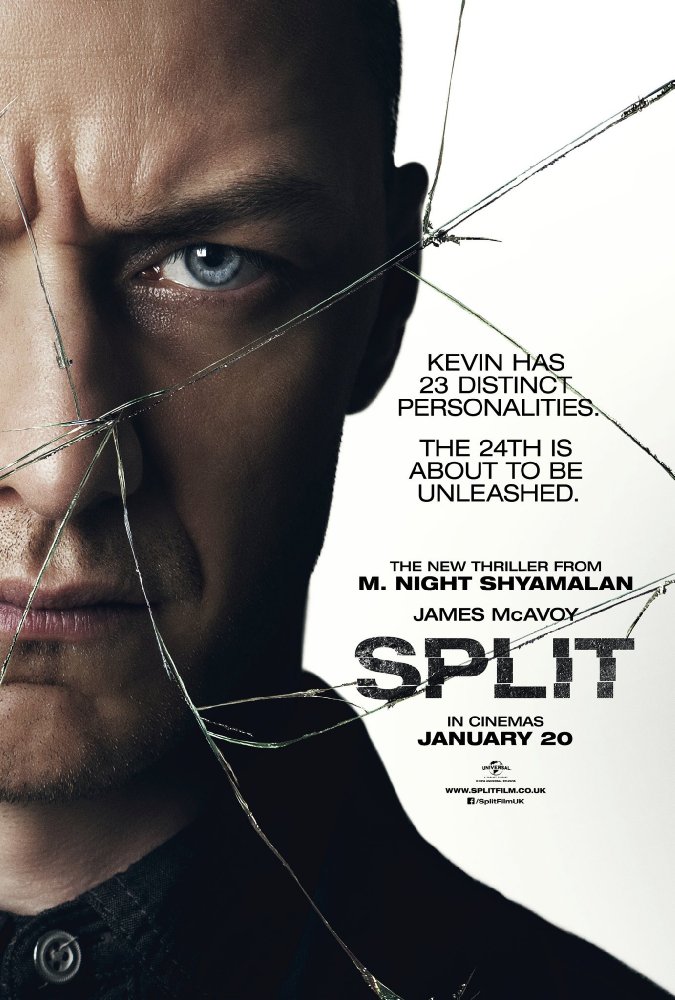 M. Night Shyamalan's best movie in over a decade. Split is a chilling and entertaining thriller for genres fans and casual audiences. It's got one of James McAvoy's best performances as the cheerfully demented villain Kevin who has 23 different personalities that are some of the most deranged characters you've ever seen. The three actresses who play his terrified captives were good in their roles. The mood is often unsettling but sometimes interrupted by humor. The music really makes it more effectively scary. The best part is the ending cliffhanger. It makes it so much more interesting than it already is to begin with.