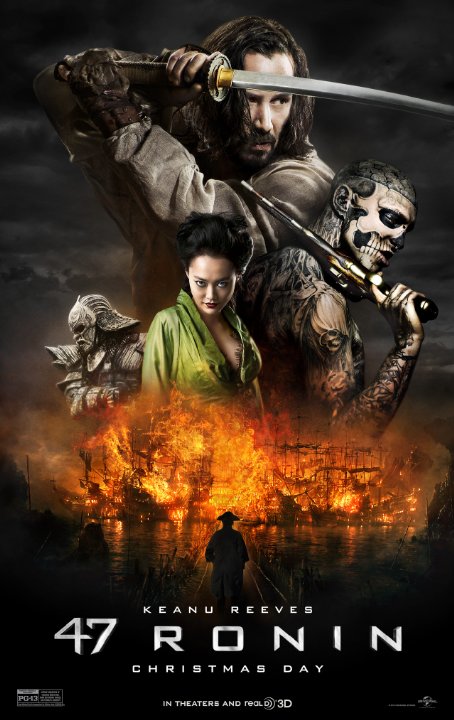 One of 2013's many flops (and by some accounts the biggest) is better than its performance at the box office and with critics implied. The production budget of $175 million (yes it was that expensive) seemed to have been spent mostly on the costumes and set design which are both lovely to look at. Keanu Reeves was added into what is otherwise a strictly Asian cast for the sake of increased revenue more likely. Never mind that his last hit film was exactly 10 years ago. His costar is the always under-appreciated Hirouki Sanada wo delivers a better performance. The remaining 45 samurai protagonists are identified by their one-note traits: the fat one, the spiteful one, the old one, the kid, etc. But the most enjoyable cast member to watch is definitely Rinko Kikuchi who plays a hysterically evil witch. However, its biggest problem is that it takes itself far too seriously considering the B-movie level absurdity of its storytelling and its fantastical setting. When it does embrace its idiocy, it's a sure-fire guilty pleasure.