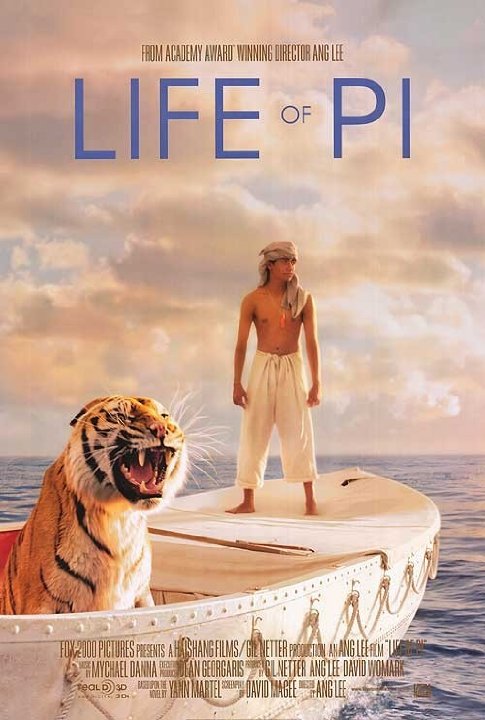 Ang Lee's adaptation of Yann Martel's beloved novel is a visually spectacular coming-of-age tale staying true to the spirit of the source material whilst mining its off-the-wall premise for as much breathtaking visuals as possible. The script probes spirituality, faith, and perseverance intelligently instead of the easy way (which is normally insulting to the audience). The cgi is very impressive, especially for the rendering of Richard Parker, the cantankerous Bengal Tiger stuck with our plucky protagonist Piscine Molitor "Pi" Patel. The supporting cast has little screen time (or any chance of survival) but they all give strong performances given their brief appearances. Ang Lee does a fine job of ensuring that the audience is emotionally invested in the character's numerous blights and constantly dazzled by the wondrous experience he endures.