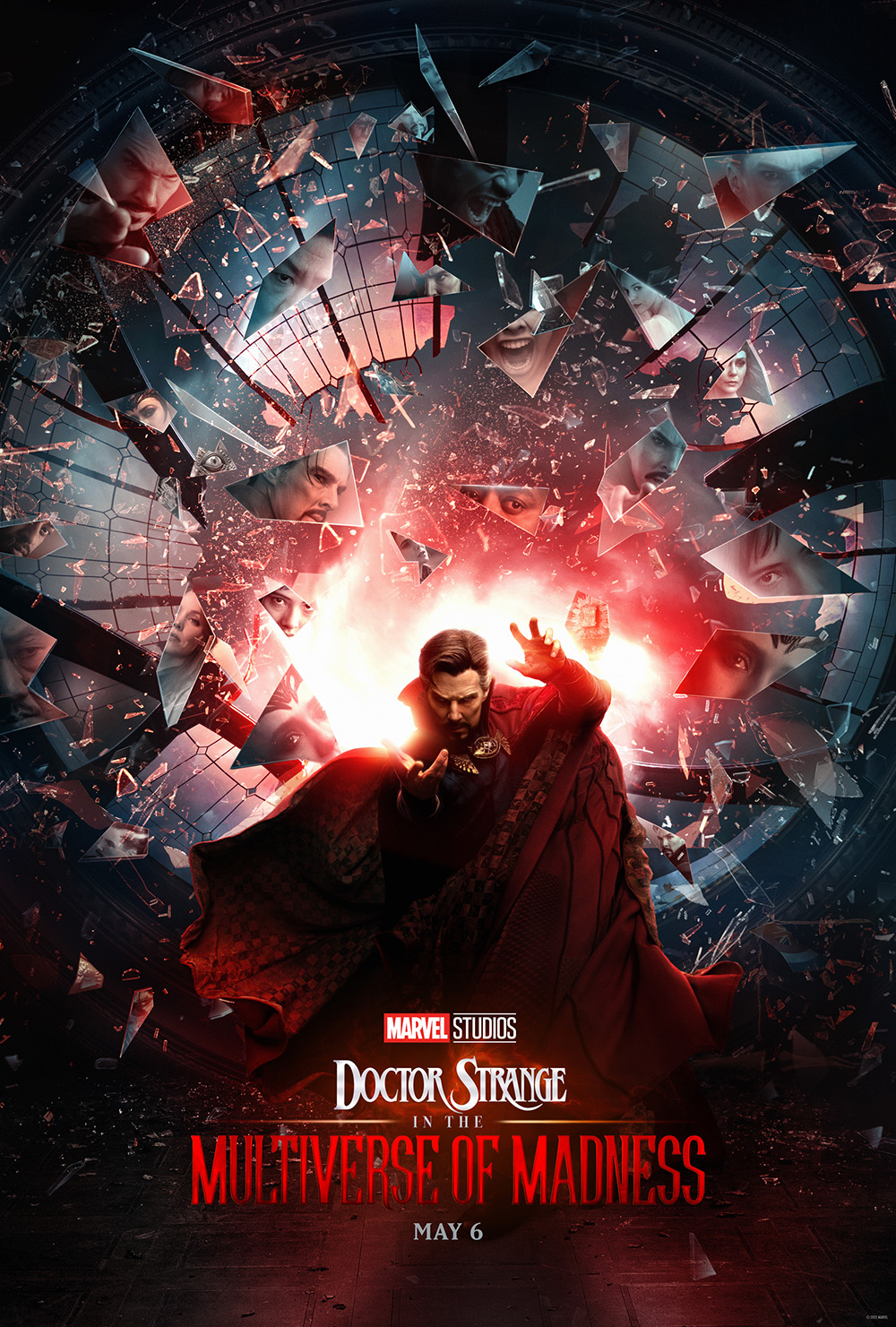 âThe best surgeon and the best superhero. But you still didn't get the girl.â

âDoctor Strange in the Multiverse of Madnessâ feels like two different versions desperately clashing with each other. Itâs almost at war with itself. Most of the movie is very much a Sam Rami movie, yet the other half is the usual, self-contained, often safe, Marvel movie, where we didnât have many multiverses as anticipated, but there was a lot of madness. âEverything Everywhere All at Onceâ is an excellent example of delivering a chaotic multi-layered film while still delivering on its title and telling a moving story.

So, despite that little critique at the start, I still liked the movie. As for now, this is probably the best-directed Marvel movie in terms of camera movement, scene transitions, and having so much visual style. Also, the creativity with Doctor Strange's powers is one of the movie's highlights. One scene is when Doctor Strange fights Sinister Strange, a multiverse version of himself, using music notes from sheets of paper to create attacks, especially how it combines with the score.

And big props to Sam Rami for pushing the age rating for the movie to its very limit because there are some brutal character deaths here. The horror elements were also delivered, as the creepiness and Gothic horror were effective. Rami sneakily made an MCU Evil Dead.

Another thing to note here is how good the score is. When the track âA Cup of Teaâ played and the guitar riffs hit while showing Wanda dream walking, it captured the uneasy feeling of something wickedly dark, almost like a Satanic ritual. Whenever Danny Elfman hits the right mark with composing, it's fantastic.

Benedict Cumberbatch once again nails it as the title character. Also, in this movie, he gets a brief but impactful chance to play different versions of the Doctor and the little changes to the characterization. So, in some cases, a variant of Doctor Strange may look like the hero we know but are different and, well, strange.

During his fourth appearance in the MCU, I have always liked Benedict Wong and his character, as he makes for a solid supporting role, and there is no difference here.

Elizabeth Olsen returns as Wanda, whoâs the main villain of the movie, and a cold one as well. There were some eerie and often time terrifying scenes with her. I like this approach to the character; the traumatic hero turned villain. Itâs a tragic character arc. My only problem with this is that I feel like we needed a few more steps for her to spiral into madness. Between "I accidentally hurt people" and "I'm willing to murder my alternate self, and just in case one of my stolen kids catches a cold, I will murder a child to absorb her powers, so in another universe where thereâs a cure." Like, I know she is affected by the Darkhold book thatâs corrupting her mind and actions, hence the massive switch in character, but I wish they didnât do that, and slowly throughout the film, she descends into villainy.

While this review has been positive, I do have some negatives.

The movie does feel rushed, as the runtime is 2 hours, and it flies by. However, this can be a positive and a negative, with the positive being that it's an entertaining rush of an experience. On the other hand, any character development felt undeveloped, such as the switch in change with Wanda that I brought up above and not enough time in different universes. The writing was questionable at times. I feel like these were two movies that got combined.

In the two post-credit scenes, the first ends on a shocking Sam Rami cliffhanger, but not long after that, the second post-credit started that felt so outplace and goes against the cliffhanger. I believe this was the perfect example of the studio vs. Sam Rami.

And the character of America Chavez is such a useless character and does not do anything of note until the very end. The actress who played her wasnât good either.

Although one of the parts of the movie that stood out to me the most, amidst all the chaos, is the message of acceptance, improving yourself, and letting go. Itâs one thing to be self-aware of your issue with attaching yourself to something, similar to being aware of your problems, and itâs another when someone openly tells you, but itâs otherworldly to imagine seeing another version of yourself with the personal issue on clear display, consumed them to their lowest form, which in the movie, Strange and Wanda see first-hand, with the message being: accept, improve yourself, and the hardest one of all, to let go. So, the line "I love you in every universe" is cheesy, but to me, it works, as there are multi-universes and ties into his love for Kristine, but in every universe, he cannot be with her, as there are not soulmates; it is hard to accept and even harder to move on.

But thatâs just my takeaway from the movie.

Overall rating: The MCU gave us something different, and I cannot help but support that.