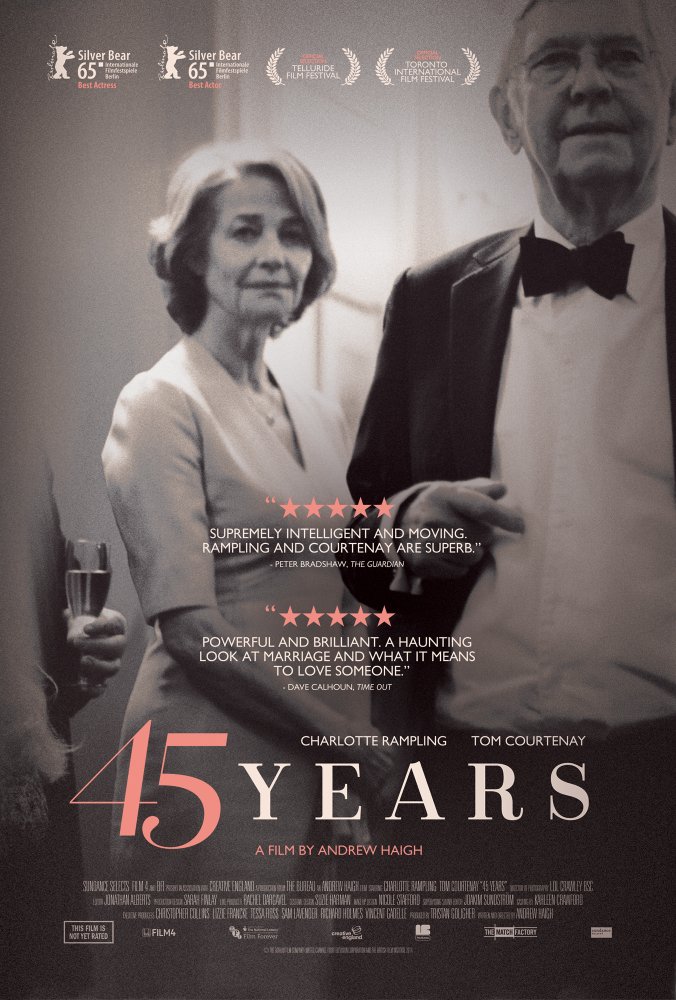 '45 Years' is the kind of slow, absorbing, completely realistic drama we don't get often. We see a week in the life of an elder couple who are having their 45th wedding anniversary at week's end. The wife is planning the event with others, but the husband is distracted by a resurgence of information regarding the death of his first lover. His further distance becomes a means for his wife's growing distrust, as she herself starts to reflect on the implications of their long lasting relationship - all of this coming at a time close to celebration. Their feelings for one another are tested in an understated manner. The film builds on the central distrust with slow progression. I became more invested as events unfolded. The ending makes for a perfect closer, in that it leaves us feeling exactly as the wife in the situation. Well done film.