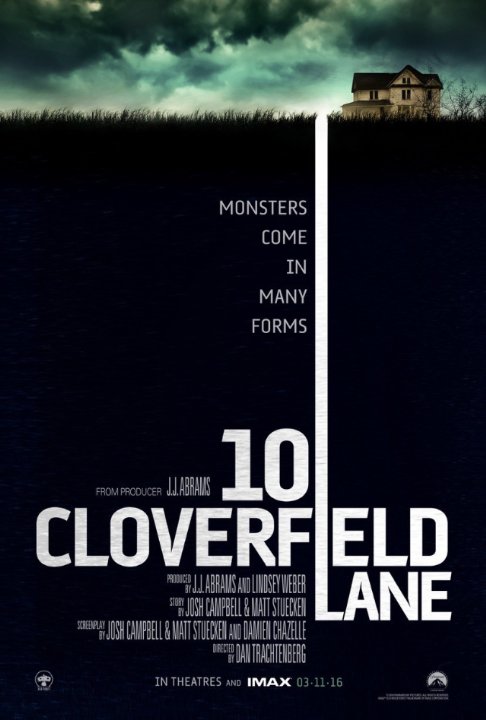 '10 Cloverfield Lane' is the (sort of) new chapter in the 'Cloverfield' lore? The similarity in titles is basically a means for brand recognition, as the two films share almost nothing else in common. All that aside, this is a rock-solid standalone thriller confined to one location for the entire duration. The underground setting has a claustrophobic vibe which enhances the tensity felt between the characters. Our three actors are great, with Goodman being the standout. He is menacing in his complete unpredictability. We aren't really sure what to make of Goodman's character through most of the duration, but it's clear that he's hiding secret motivations. The clashes between him and Winstead elevate in progression. It becomes a battle of dominance based on wits. This constant back-and-forth kept the tension high, and me on the edge of my seat, for the entire movie. I was so into it. Now we get to what some call a big problem: the finale. The actual events of the outside world are kept out of sight and mind up until the final scene where a big reveal happens. Detractors have said it's a letdown considering the shift in on-screen action from what the rest of the film had been up until that point. While the added twist wasn't necessary, I still didn't mind it and thought the scene managed to carry over the tension felt leading up to it. Overall, this was a well crafted thriller.