Snoogans's Movie Review of The Night Before (2015) 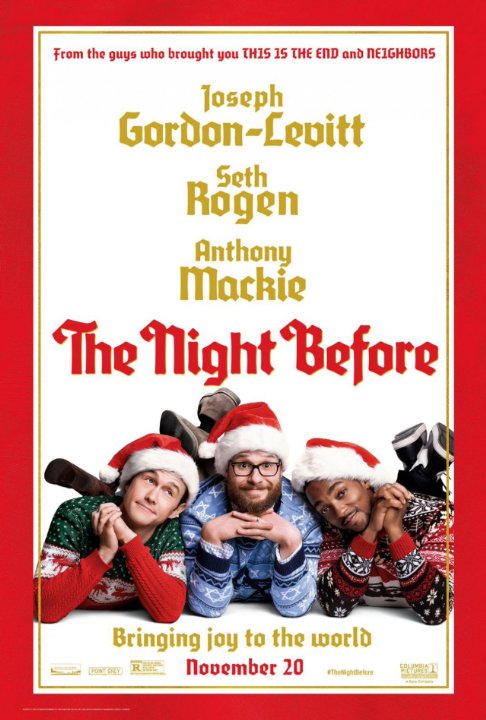 'The Night Before' is the R-rated Christmas comedy we've been waiting for. Let me start by saying that I definitely laughed harder during this movie than any other I've seen this year. Seth Rogan has some of the best moments throughout. There's plenty of jokes to go around, but he just really brought it. I was rolling in my seat a few times. As for the rest of the movie? It's pretty good. The story knowingly borrows elements from famous Holiday movies/specials and makes them work in a solid narrative. Many references are made, but not just for the sake of doing so. The plot is a simple romp about a one night adventure of crazy antics. At the center we have three friends all dealing with with their own personal issue. Their problems are dealt with seriously, but never derailing the comedy in the process. The drama coincides with and, at times, compliments the lunacy. There can be wacky fantasy moments followed by touching ones and it flows nicely. It's not going to tug at your heartstrings or make you cry, but it will give you that warm holiday feeling that the many movies referenced do achieve. So, despite being filled with fowl language, drug use, and sexual situations, it actually has somewhat of a heart. And it's pretty damn funny.