Early reviews have been kind an it looks like MIB III should bring about $75 million over the Memorial Day holiday weekend. And yes, The Avengers will finally fall to second place. I'll probably end up watching this either Sunday or Monday - look for my review.

I agree that this will most likely be the lowest-grossing MIB film. However, this still looks better than the second film (based on trailers - I withhold final judgement until I've seen the entire movie). The I Am Legend this is going to be a prequel, right? I mean, he kind of (SPOILER)You know, died at the end. He is going to be in at least one original film - After Earth - so hopefully that turns out well.

is will smith desperate for a hit movie&nbsp; or something. he has like 5 sequels coming out , hancock. men in black. i am legend, i robot 2 and bad boys 3. i'm not a fan of men in black. a few have been repeated on tv lately. but i cant seem to watch them longer than 5 minutes. silly movies. This one looks like money grab . i cant see it earning as much as the others.

This is going to be the big film over Memorial Day weekend (though if I'm being truthful, Moonrise Kingdom looks really good - but I'm a Wes Anderson fan). Does Will Smith still command enough summer blockbuster clout to finally dethrone The Avengers? I'm guessing this will open at #1 - somewhere north of $50 million. My biggest question is whether the 10-year gap between films will hurt the bottom line. Still, every time I see Josh Brolin essentially playing Tommy Lee Jones, it bring a smile to my face. I'll give this a shot, if only because sci-fi comedies are few and far between and I just like Smith and Brolin.

I agree. Will Smith usually puts forth a good effort. I really liked the first, not so much the second. I can imagine how this script came about. Some big Hollywood hot shot was eating lunch with Josh Brolin and casually mentioned to him, "You know, my son told me at breakfast this morning he&nbsp;thinks you look a lot like&nbsp;a young Tommy Lee Jones...let's find a way to make money off that idea."That it is coming out so long after the second doesn't bother me. Maybe it's taken the movie ticket buyers that long to forgive and forget. I'll see it after the first week if the reviews are decent.

The trailer has me interested. &nbsp;I'll wait to hear reviews and if they aren't unanimously negative then I'll give it a shot. &nbsp;If it's better than the sequel that's good enough for me. 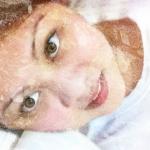 Seems interesting. The most recent trailer didn't give out a lot so I guess that's good.

Now that there is an official trailer, any thoughts on whether this franchise deserves another chance? It has been, what, ten years since the last one - anyone excited or even interested in this relaunch? I'll probably end up seeing it myself, and it looks like there is some time-traveling involved (hence, Josh Brolin as young K) - and probably more interesting aliens. It doesn't have as much clout as say Batman but I've always enjoyed the mix of sci-fi and comedy, plus I'm a sucker for just about anything with Will Smith, I just hope it's more like the original and better than the sequel.