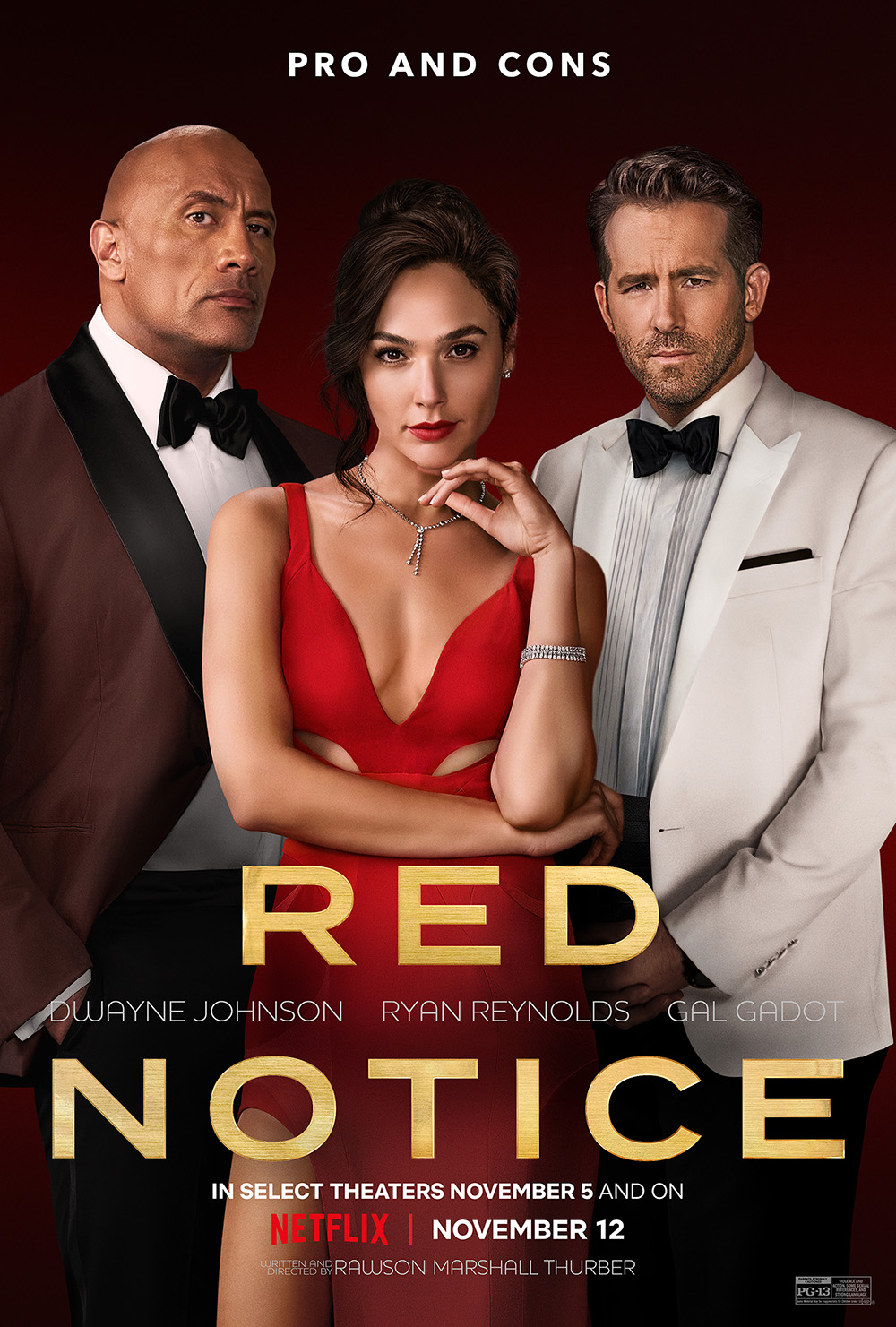 Plot: Red Notice refers to Interpol's global alert to capture the most-wanted criminals in the world. In this cast two rival criminals, the world's greatest art thieves, find themselves on a daring heist with the world's most renowned FBI tracker hot on their trail. -- Chris Kavan

I enjoyed myself watching Red Notice but it felt too much like a first draft. All three leads are quite charismatic and play off each other nicely. The action scenes are fun but the pacing between each new location seems off. I'd still like to see the cast return for a sequel that's more fleshed out.

Apparently this is Netflix's biggest budget ever for a feature film. But all that money could've gone towards a third season of 'Mindhunter', but we can't have nice things.

No posts have been made on this movie yet. Be the first to start talking about Red Notice!