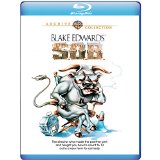 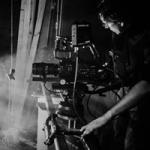 This is a Hollywood movie about Hollywood that was ahead of its time twenty years ago. For people who read their movie reviews from this site, it gives a nice behind-the-scenes twist to what it takes to get what you want in the motion picture business. There are many who felt it was too over-the-top when first released, but as the years go by, it becomes more and more a reflection of how real life is in the dream factory. Back in 1981, there was much less interest among the non-glitterati for what happened to get films made. With the advent of more and more movie magazines trying to dig up dirt on the cogs that turn to keep Tinseltown running, a housewife in Oklahoma can now know the grosses of the latest blockbuster and who stands to gain from them. All this can be gleaned while …

I watched this movie years ago. Forgot all about it. I remember it being funny. Ill have to watch it again.

This is a great parody on Hollywood, many of the characters in this movie are based on actual great and important people in the movie business. This makes it so hilarious to watch knowing in some way it all actually happened.