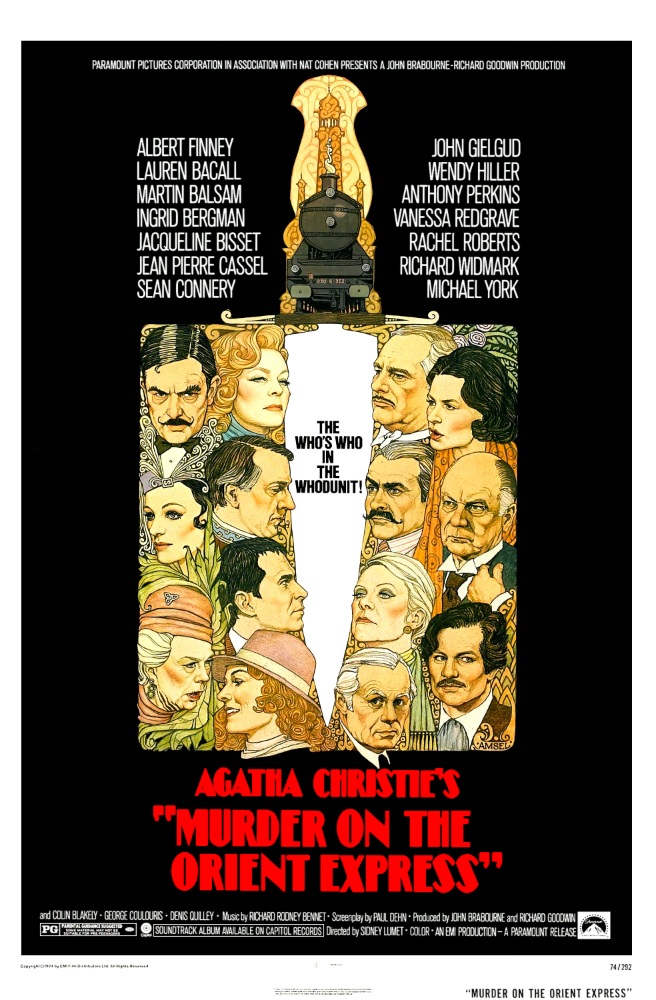 Plot: Famed detective Hercule Poirot finds himself on the Orient Express when a passenger requests his protection. Declining the offer, Poirot then finds himself investigating a murder when the passenger is found dead the next day. While the train is stopped due to snow, Poirot has a few hours to figure out the passengers true identity, interview many passengers and figure out why it all seems to lead back to a 5-year-old kidnapping case. -- Chris Kavan

A superb cast and a classic murder/mystery combined with an elegant, European style - all the elements combine to form an overall excellent film and helps solidify Sidney Lumet as one of the great directors. I'm not one that seeks out mystery films that often, but this is worth watching.

A solid mystery, with a big cast. I enjoy these types of films, when they are done this good. Definitely worth a look.

Top 36 Films of 1974 by CarnivorousCouch

No posts have been made on this movie yet. Be the first to start talking about Murder on the Orient Express!