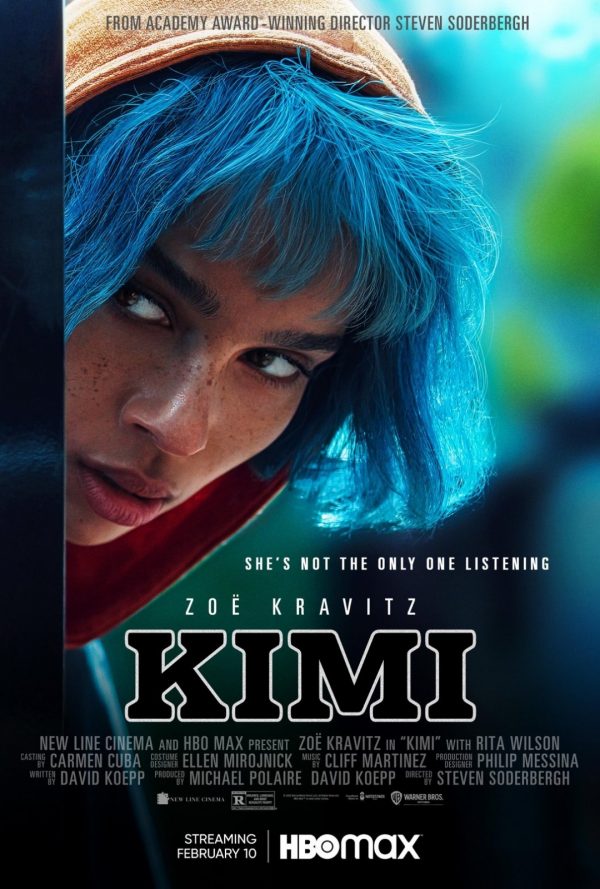 Plot: Locked down in Seattle curing the Covid-19 pandemic, an agoraphobic tech worker uncovers a violent crime during a live stream. When her company stonewalls her attempts to report it, she must face her fears and re-eneter the outside world, even as things heat up due to a controversial, new measure that has passed and incited protestors to fill the streets. -- Chris Kavan

Slow burn thriller that makes great use of its evidently low budget and a great lead turn by Zoe Kravitz.

Soderbergh once again sets his sights on the micro-budget thriller, and this time creates a "Rear Window" for the COVID, Alexa, and #MeToo age.

They're Always Listening - Make Sure You're Ready!

A timely crimer/drama/thriller that sees ZoÃ« Kravitz playing a shut-in, Angela Childs, after an incident at her former employer that has been worsened by the pandemic. She spends her days helping a tech company with their Alexa-like device known as Kimi - listening to real-world people and helping the device &quot;learn&quot; things like regional slang and insults. She also attempts to have some contact with a neighbor across the way - played by Byron Bowers - but is complicated by her problems leaving her apartment, though she is more than happy to invite him over for some casual sex now and then.

But her life is about to get much more complicated when she hears what sounds like an assault caught on audio. With the tech company about to go public, her pleas are heard by an …

No posts have been made on this movie yet. Be the first to start talking about Kimi!