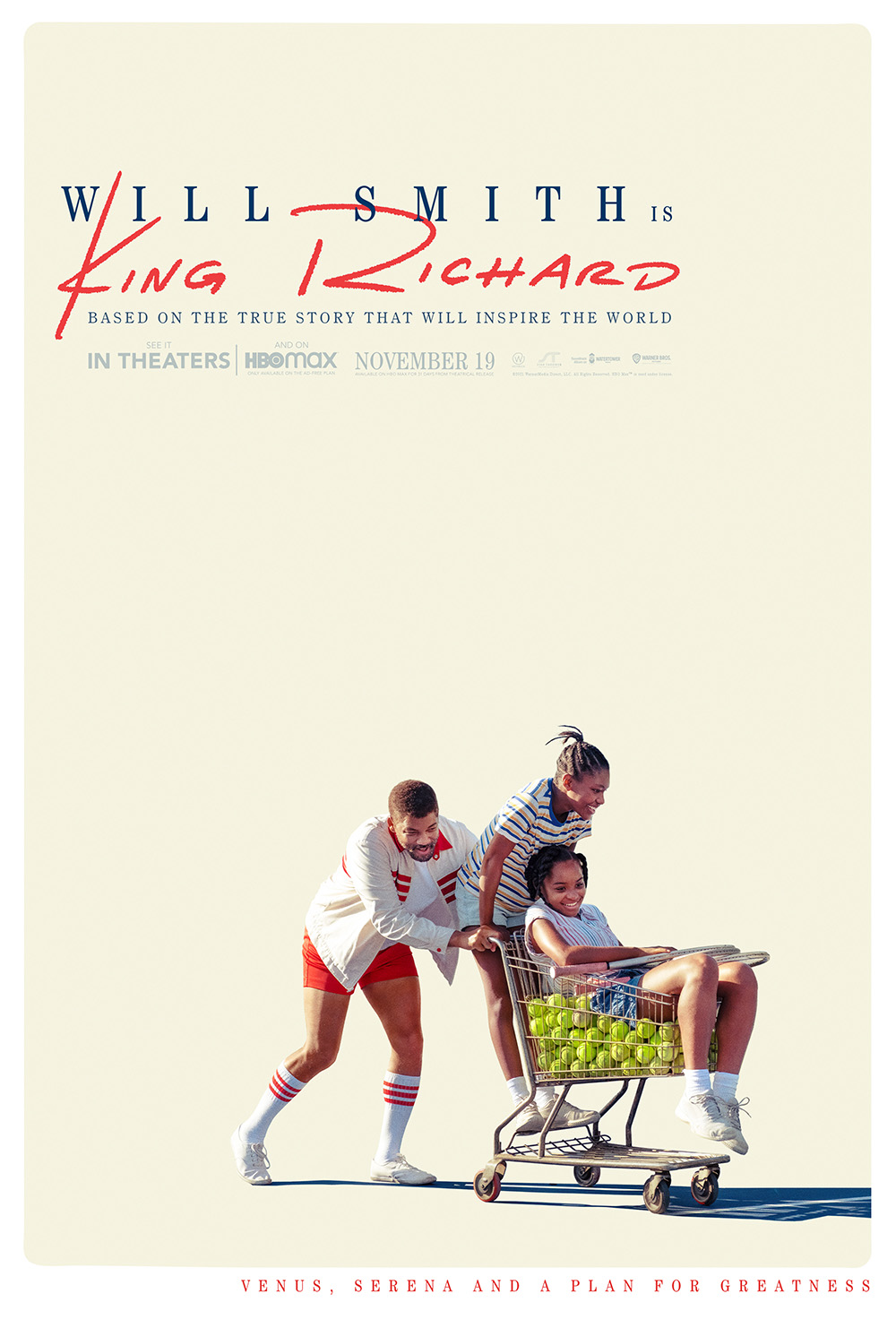 Plot: From an unlikely neighborhood in Compton, two tennis superstars will rise thanks to the determination and unwavering commitment of Richard Williams - father of Venus and Serena. -- Chris Kavan

It sticks to a familiar but pleasurable path, and the result is nothing less than a touching biopic about the unwavering commitment of a loving father.

The King Has Returned

Will Smith gives an outstanding performance as the titular character, Richard Williams, who has a plan laid out for his daughters, Venus (Saniyya Sidney) and Serena (Demi Singleton), and by sheer force of determination, will and, yes, some self-promotion, will mold them into the tennis stars he has envisioned.

Let's get one thing straight, the Richard Williams in the film is real - as are the things he does for his daughters - but the film doesn't necessarily show the real Richard Williams. As has been pointed out by many, including his own family members, Williams has plenty of issues the film simply decides to gloss over. But this is supposed to be an inspirational family drama, not a downer about a dead-beat dad - so let's focus on the positive here.

What we are given is father …

No posts have been made on this movie yet. Be the first to start talking about King Richard!