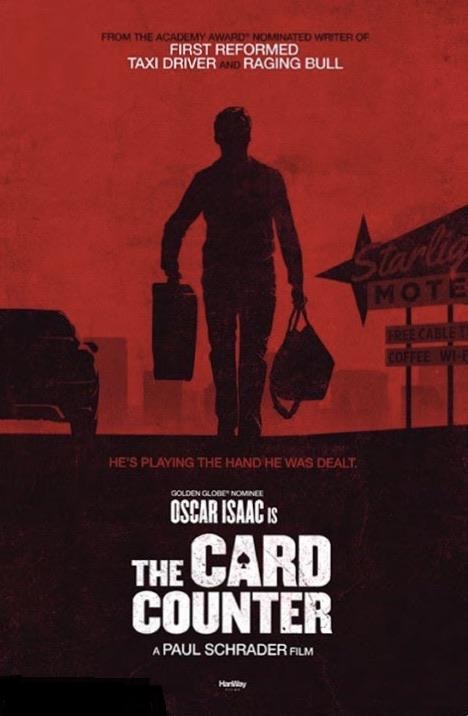 Plot: Gambler and former serviceman William Tell finds himself embroiled in a plot to take down a mutual enemy with the young, angry Cink. Tell tries his best to reform Cink while cruising the casino circuit - until a mysterious and wealthy financier known as La Linda clears their way to the World Series of Poker. But despite this windfall, Cink will not let his revenge go - and drags Tell with him to face a dark past. -- Chris Kavan

Flawed but still affecting in spots, "The Card Counter" isn't one of Paul Schrader's greatest screenplays, but its portrait of the way guilt and rage eat us up from the inside and an excellent supporting performance from golden boy Tye Sheridan make it a compelling enough watch.

No posts have been made on this movie yet. Be the first to start talking about The Card Counter!