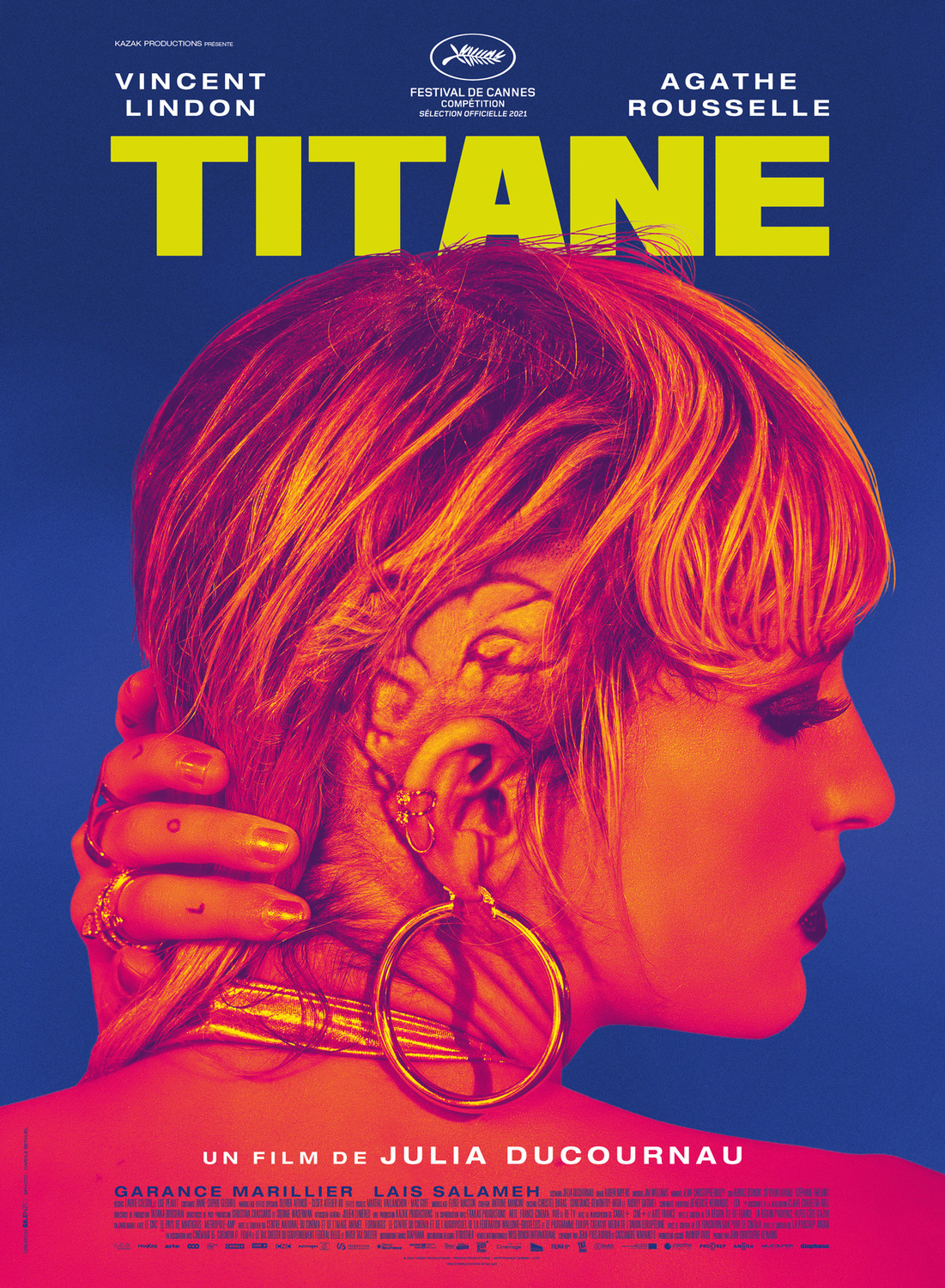 Plot: After a car accident leaves her with a titanium plate, Alexia becomes obsessed with cars, eventually becoming a top model for shows - and attracting men and women with her sexual desire. But in a sudden turn of events, she seeks to hide her identity and even gender, becoming Adrien, a long-lost son of fire-fighter Vincent Legrand, who is more than happy to welcome back his son - even as both know the relationship is bound to fall apart. -- Chris Kavan

A slow-ticking body horror show with a human heart at its center, "Titane" does not underwhelm or fail to shock.

If David Cronenberg, David Lynch and Shin'ya Tsukamoto were thrown into a blender - Julia Ducournau's second feature, Titane, is what would come out. Despite the influences, Titane is a film unlike anything else out there - Agathe Rousselle plays Alexia, a car model/serial killer who goes on the run after some gruesome murders and almost being discovered and proceeds to pretend to be the long-lost son of fireman Vincent (Vincent Lindon - in fine form as well). Oh, and she's also been impregnated by a car and must work to bound herself to hide her rapidly expanding pregnancy. And, yes, it kind of is insane as it sounds but still works.

The greatest strength in Titane is not the body horror or killings but rather the relationship between Vincent and his &quot;son&quot;. It is obvious …

No posts have been made on this movie yet. Be the first to start talking about Titane!