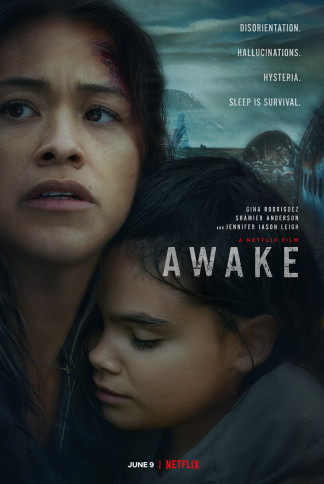 Plot: After a worldwide global event knocks out all electronics and leaves people unable to sleep a mother and daughter may hold the key for the future of humanity. -- Chris Kavan

Netflix originals can be hit or miss - with things veering towards more miss than hit usually. Awake does have an interesting premise but fails to make much of it and devolves into a hybrid action/family drama that is uneven throughout.

As I said, the reason I tried this in the first place is because the story is something that has been done before, but at least with a unique twist. A worldwide phenomena knocks out power (later attributed to some kind of shift in the Earth's magnetism). But it also does something else - prevents almost everyone from being able to sleep. Like all good zombie movies and other such end-of-the-world scenarios before it, seeing how things play out in the beginning is the best part. Coma patients suddenly wake up, people struggle to get any kind of sleep …

No posts have been made on this movie yet. Be the first to start talking about Awake!