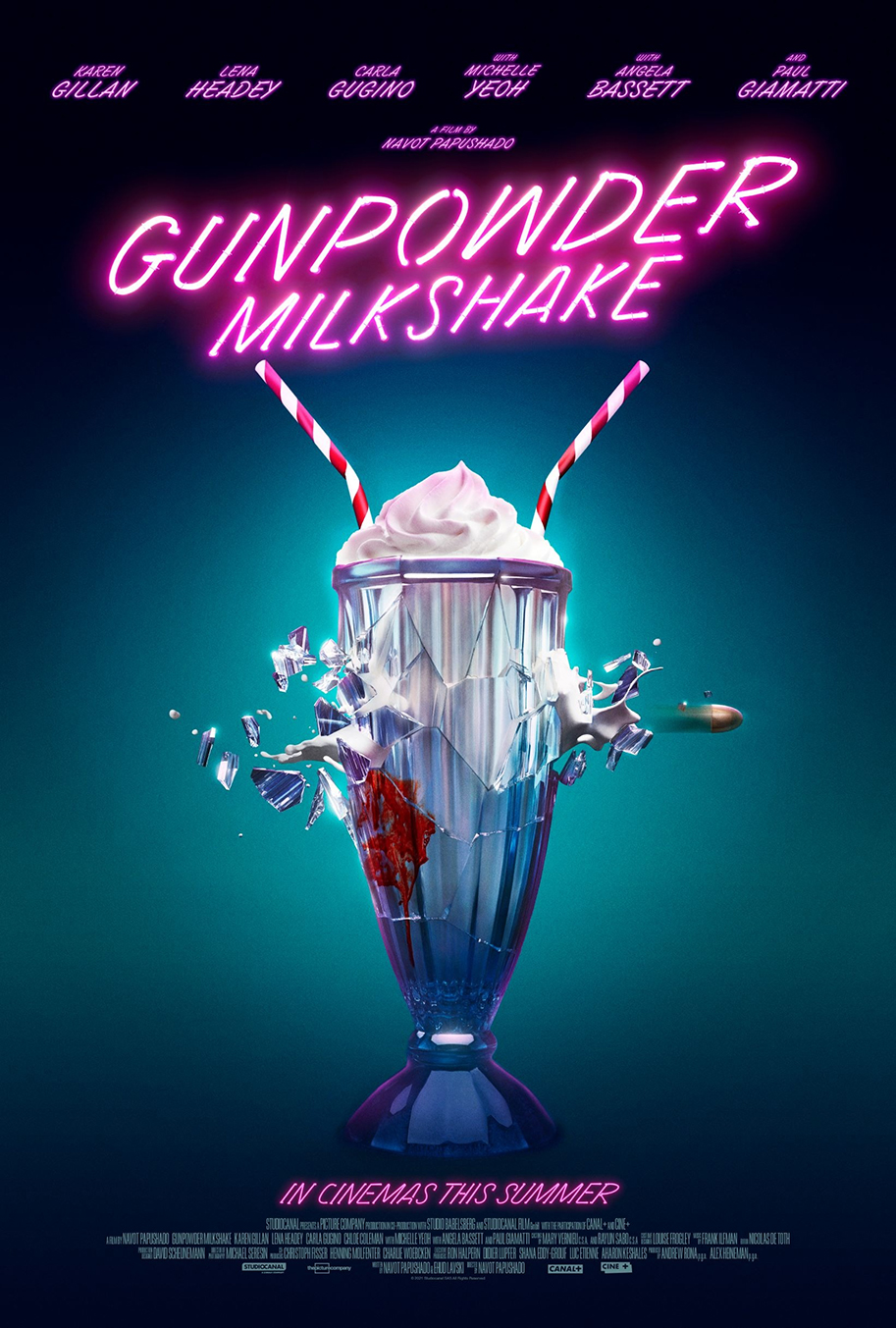 Plot: Master assassin Scarlet was forced to abandon her daughter, Sam, and go on the run. Adopted by the very agency her mother worked for, Sam is raised as an elite assassin herself. Years later, Sam finds herself at odds with the same agency and, going rogue, reunites with her mother - along with a few friends - and decides to bring down that agency that took so much away from them. -- Chris Kavan

"Gunpowder Milkshake" doesn't so much ride the coattails of "John Wick" as much as it just shamelessly steals its entire wardrobe and runs the streets posing as the real deal. Without any of the edge or originality found in the franchise it imitates, this Netflix ripoff is a dud, plain and simple.

Action-comedy about an efficient if socially awkward assassin (Gillan) who becomes a young child's protector when some nasty villains come after them. She gets assistance from a group of gun toting women (Angela Bassett, Michelle Yeoh, Carla Gugino, Lenda Headey) disguised as librarians. It's cool seeing these four very talented actresses doing badass things.
There are some things that work. For instance, Karen Gillan wrestles with not telling the little girl that she killed her father. Meanwhile, Gillan herself has a strange familial relationship with her boss turned nemesis (Paul Giamatti).
The action is appropriately bloody given the R rating. But the story and its various subplots feel like an outline instead an actual script. It's oddly enough a similar structure to the …

Despite having a solid mostly-female cast and obviously trying to ape the John Wick-style action, Gunpowder Milkshake fails to ignite. Karen Gillan is our Wick, but her dead-pan delivery is wasted here - without the emotion she comes across as too robotic and stiff. Carla Gugino, Angela Bassett and Michelle Yeoh are much more interesting as a trio of librarians and kick-ass fighters to boot - but they aren't given enough screen time but their individual fight scenes are a lot of fun. Paul Giamatti and Ralph Ineson are acceptable as our villains - but don't make much of an impact. Chloe Coleman - who has already held her own against Dave Bautista - adds to her young action resume career and is a scene-stealing heart of the film. Disappointing but not without its merits - just don't expect …

No posts have been made on this movie yet. Be the first to start talking about Gunpowder Milkshake!