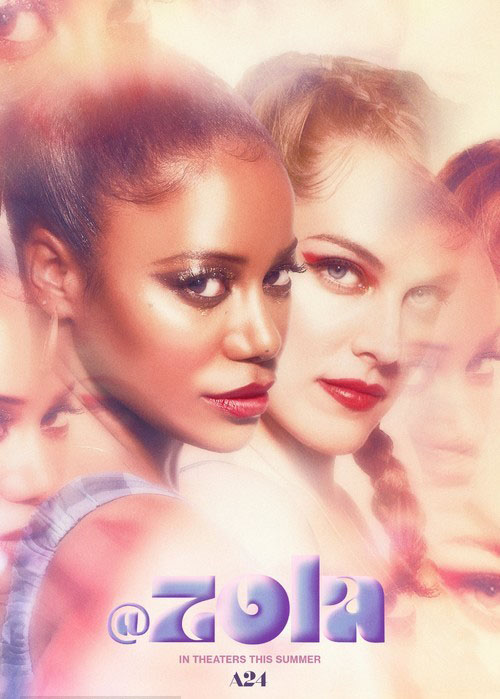 Plot: Based on a twitter feed that went viral, Zola follows a stripper's journey, along with another women she just met, on an unforgettable and wild road trip to Florida. -- Chris Kavan

Madcap black comedy-drama about a stripper invited on a road trip to Florida that winds up involving prostitution, gangsters, and suicide attempts. Taylour Paige is very good as the frustrated protagonist forced along for the ride. Riley Keough is both hilarious and heinous as her untrustworthy friend.

A film as unconventional in approach as the source material its based on (a series of tweets from 2015), "Zola" is one hell of a true story that comes to the big screen with audacity and flair.

No posts have been made on this movie yet. Be the first to start talking about Zola!