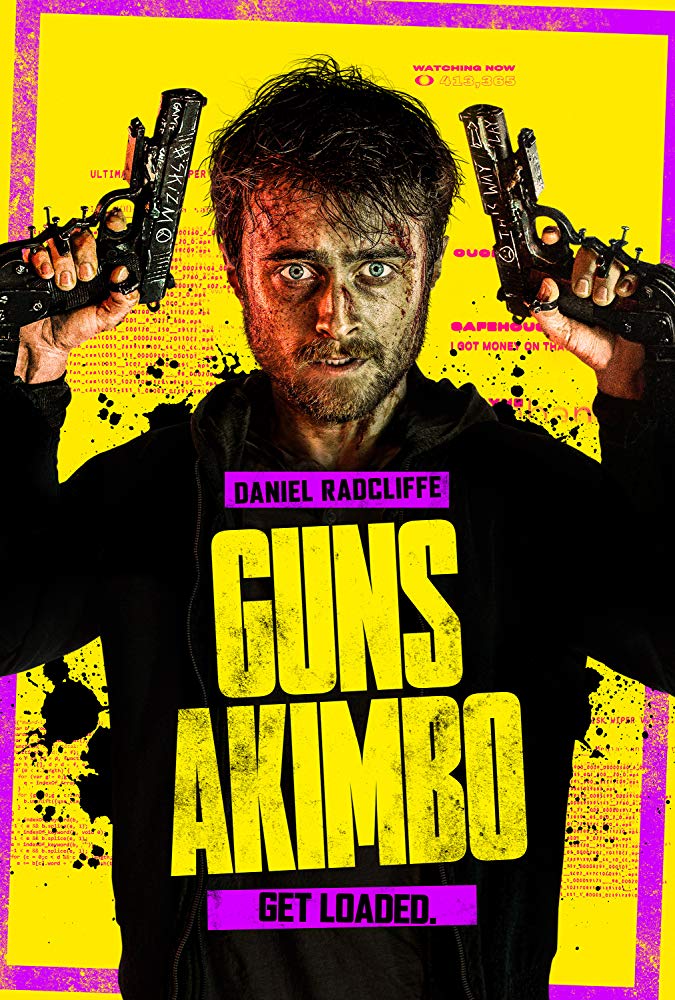 As fun as it sometimes is, we've seen all of this before: the chaotic hyper violence, the mayhem-filled scenarios, and the one-note commentary on how much internet culture sucks. "Guns Akimbo" takes old parts and builds something that feels... guess what?... Old!

I would have shot you in the dick,
if the target wasnât so small.

âGuns Akimboâ is simply too absurd for words. Itâs absolute nonsense and you shouldnât take it too seriously. Itâs simply âover the topâ pulp and looks as if itâs based on some Asian comic strip. But believe me. This film is simply top-notch entertainment. A roller coaster that slowly takes a very steep run-up and then crashes into the depth with a breakneck-speed, shaking you back and forth. And this crazy, hyperkinetic ride lasts until the end. The action scenes with Nix (Samara Weaving) are equivalent to those in âJohn Wickâ. Flashy editing. Blood splattering when bullets rip apart human flesh in slow motion. And all this under the guidance of an energetic soundtrack where you will hear amongst …

No posts have been made on this movie yet. Be the first to start talking about Guns Akimbo!