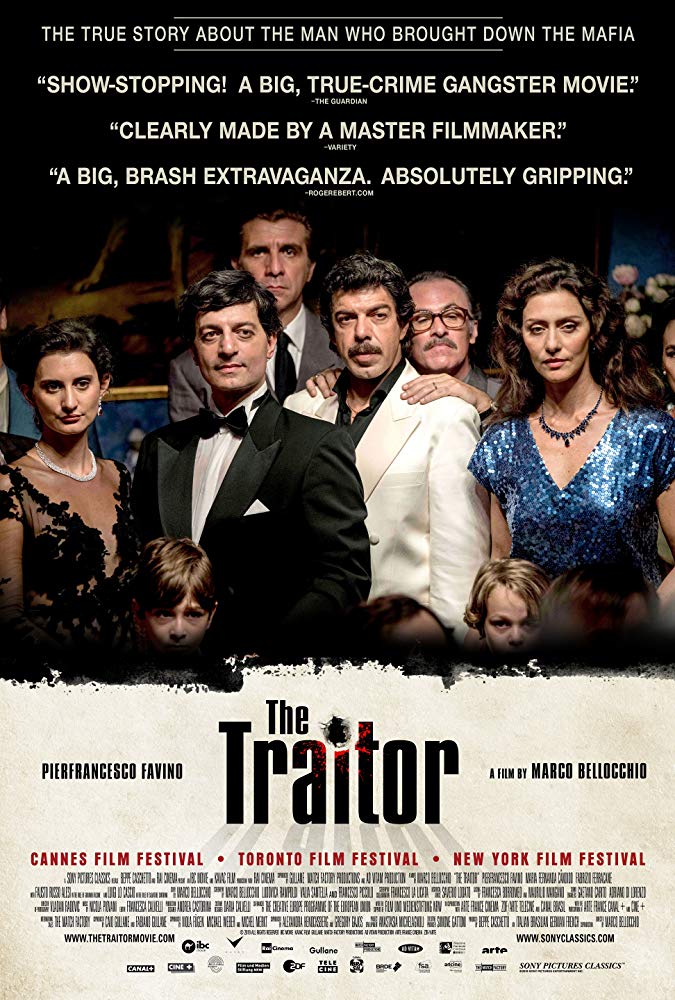 Plot: True story of Tommaso Buscetta, known as the Boss of Two Worlds who, during the 1980s in Sicily, became the first informant on the Mafia. -- Chris Kavan

Fact based docudrama about Mafia crackdown.

True life crime drama of a mobster (Favino) who became the first informant on the Sicilian Mafia back in the 1980s.
Pierfrancesco Favino is very good in the lead role as Tommaso Buscetta, a proud but pragmatic individual who is slowly disillusioned with his criminal surroundings after they start targeting his own family. Characters come and go throughout the film's lengthy two-and-a-half hour running time, but Favino remains the center of the story. His friendship with a crusading judge is touching and Favino has some nice quiet moments with Maria Fernanda Candido who plays Buscetta's wife.
It is less a shoot-em-up action thriller and much more of a mood piece. The film directly examines the body count left by gang warfare (even using a tally onscreen for each murder) and the …

No posts have been made on this movie yet. Be the first to start talking about Traitor, The ( traditore, Il )!