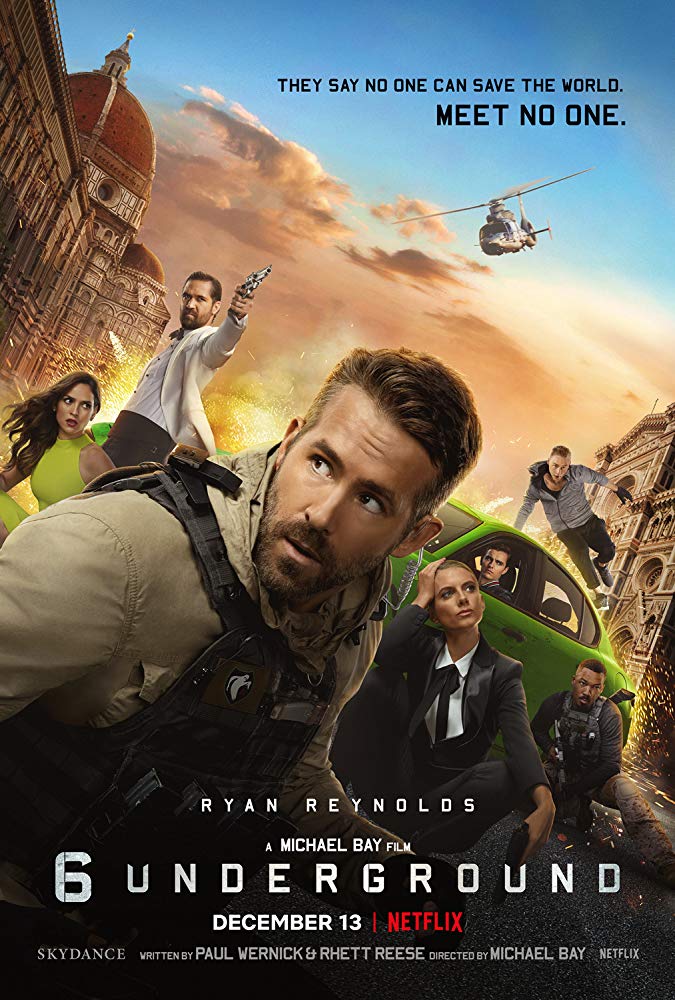 Michael Bay's 6 Underground is the most Michael Bay-iest film every. You've got all the Bay hits - action (and MORE action), car chases, gun fights, sexy times, quips - big, bombastic locales and characters (the billionaire, the driver, the CIA Spook, The Sniper, etc) that are paper-thin caricatures. Is it fun? Oh hell yes it's fun. Just let your mind relax and take it all in and, hey, it's better than the last few Transformers films at least.

What does Michael Bay have in common with Martin Scorsese? They're both on Netflix. And like Scorsese, Bay is doing what he does best: mindless shoot-em-up action flicks. 6 UNDERGROUND is pretty damn stupid but I'd be lying if Ryan Reynolds' deadpan performance and its extreme ultraviolence didn't entertain me. The action scenes are surprisingly graphic, even for Michael Bay. Think Deadpool plus John Wick. Plus a lot of cocaine in the writers room.

No posts have been made on this movie yet. Be the first to start talking about 6 Underground!