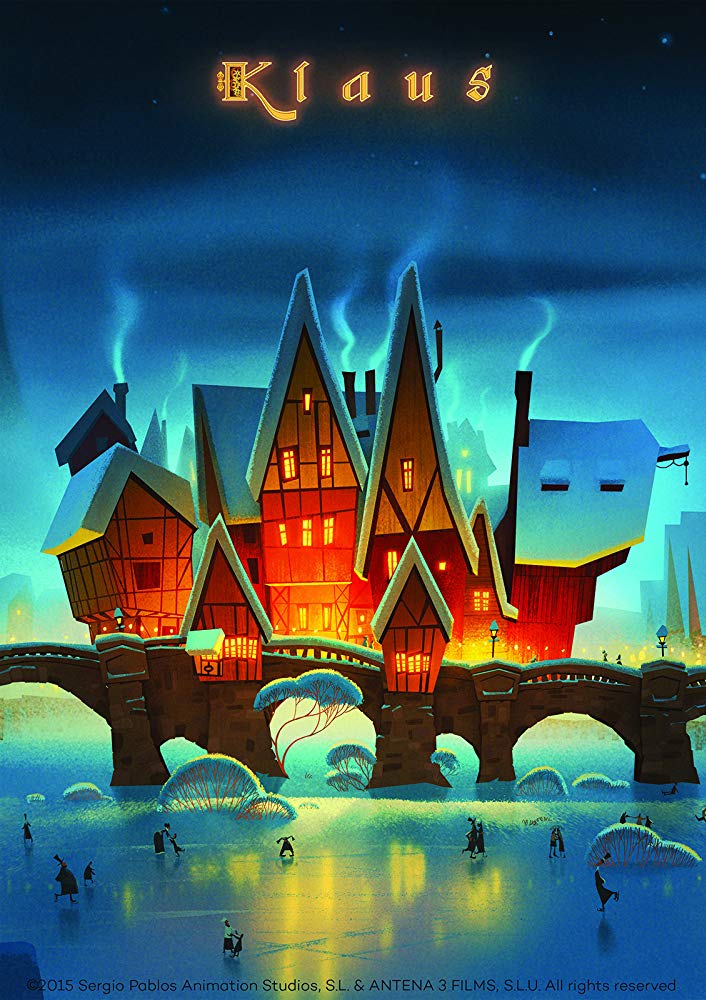 A sweet holiday treat laced with the nostalgic characterizations of the kinds of features Disney produced in the 90s and early 2000s.

Disney veteran and Despicable Me creator Sergio Pablos manages to craft a heartwarming holiday tale about the "true" origin of Santa Claus (voiced by a gruff but friendly JK Simmons). Jason Schwartzman plays his sidekick, the smart mouthed mailmant Jesper (Schwartzman). The animation is gorgeous and yes it's really traditional old fashioned hand-drawn animation! The use of pop music for the soundtrack does ruin a few scenes but it didn't totally take me of the movie. There's a nice underlying message promoting friendship over fighting.

No posts have been made on this movie yet. Be the first to start talking about Klaus!