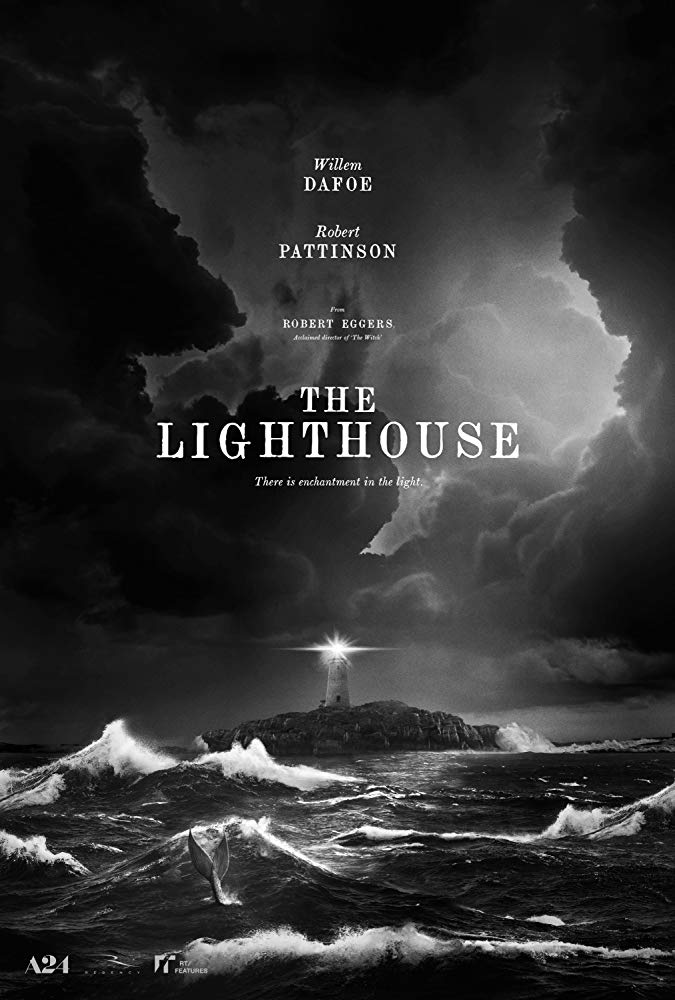 Plot: Follows the story of two lighthouse keepers who operate on a remote island in the 1890s who must contend with a series of strange events. -- Chris Kavan

If Tod Browning and James Whale were still alive they would probably make a film like "The Lighthouse." The chemistry and maddening performances of Robert Pattinson and Willem Dafoe are the film's greatest strengths, and when they aren't enough to cover the slim plot, the ominous atmosphere, competent cinematography, assured director's vision, and haunting score are all there to fill in the gaps.

Robert Eggers has joined Ari Aster as the two kings of art house horror. My taste in the genre has, like a fine wine, grown more refined with age. These days it takes a truly unique and unsettling film to affect me, and Eggers did that with The Witch and he has done it again with The Lighthouse.

Eggers takes two chances with how he chose to shoot this film - and they both work. First, the aspect ratio is 1.19:1 - nearly square, giving the film a claustrophobic effect that really works with the setting. Second is the custom black and white (used with a specific cyan filter) that gives the film a truly vintage look to match its time period. Technically, it's probably one of the most impressive films of the year. But where The Lighthouse truly shines is in the casting as both Robert …

No posts have been made on this movie yet. Be the first to start talking about The Lighthouse!