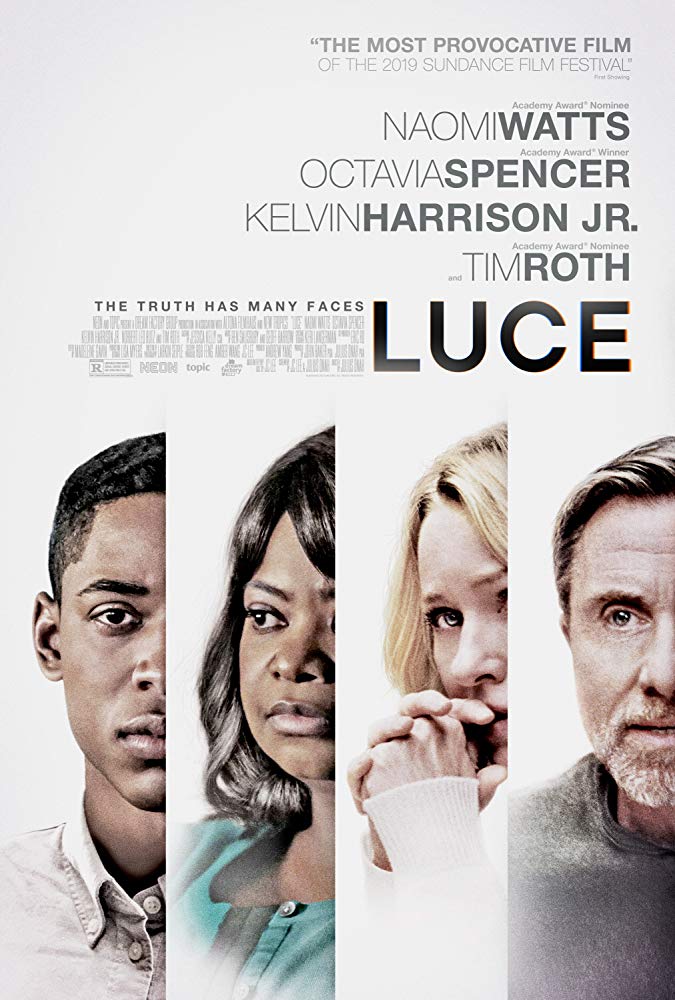 Plot: After adopting their son from war-torn Eritrea, he quickly becomes a valued member of their family and an outstanding student. But when a devoted high school teacher uncovers a devastating secret, it threatens to tear everything they have built up apart. -- Chris Kavan

Powerfully acted if bleak drama about a conflict that emerges between a high school teacher (Spencer) and one of her students (Harrison). The boy is a star athlete and overachiever adopted from Eritrea by a loving couple (Roth, Watts). The teacher becomes suspicious of his squeaky-clean persona, leading to revelations and secrets being uncovered. It's a gripping story but often tense and quietly unsettling. Each character is not black or white (pun intended?). Kelvin Harrison is terrific in the role of Luce and Octavia Spencer is his equally good counterpart as the well meaning teacher.

"Luce" is an extensive survey of the different variables that factor into American identity. The characters' actions in response to their situations feel incredibly real and there's almost too many great performances to count.

No posts have been made on this movie yet. Be the first to start talking about Luce!