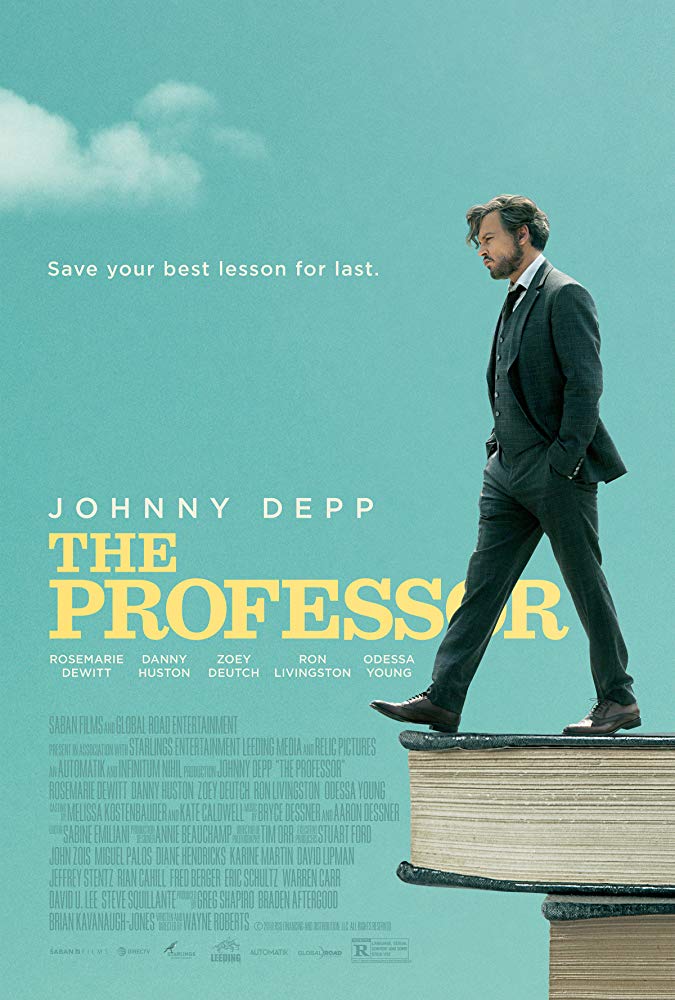 For once, Johnny Depp gives a more restrained performances as a college professor who reevaluates his life after a diagnosis with cancer. Things kind of just happen in the movie which is short and doesn't dwell on scenes for long. It does have its good moments though. Depp's passive aggressive response to his rapidly changing health with a deadpan manner is funny at times. Danny Huston is way better than he should be in the role of the grieving friend. It's not bad but there is no "oomph" to this movie.

Depp plans to go out with a bang.

What kind of cancer is it?
Itâs, uh, itâs lung cancer.
You donât smoke.
No. I can now.

Let me start in a cheeky and derogatory tone. Letâs take Jack Sparrow, promote him to be an eloquent university professor teaching literature and tell him that heâs terminally ill. If you watch the movie âThe Professorâ (the original movie title was âRichard says goodbyeâ) with a dismissive attitude, you could utter such a statement. Well. Johnny Depp may have the tendency to use the ever-drunk pirate character. But otherwise, this entertaining tragicomedy doesnât have much in common or many similarities with the Caribbean pirate spectacle. Even if the film is steeped with dark humor, a deeply tragic subject can still be discovered. A message about acceptance and an attitude …

No posts have been made on this movie yet. Be the first to start talking about The Professor!