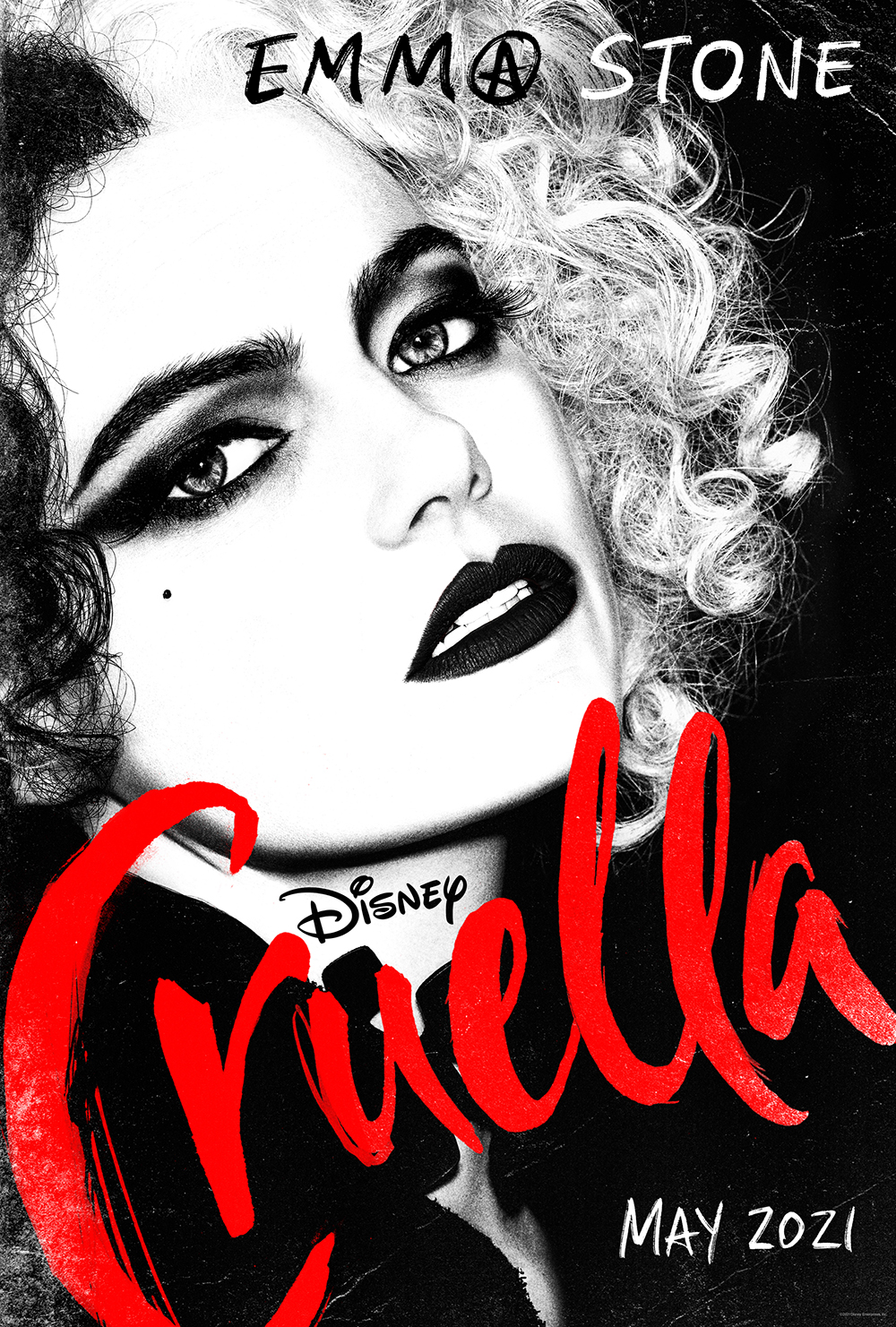 Plot: Estella is a young, clever grifter with a mean streak a mile wide. Stuck in the most remedial positions she wants nothing more to make her mark on the world - and gets her chance when she catches the eye of the Baroness. Joined by two young thieves the newly-dubbed Queen of Mean will bring both style and anarchy and let nothing stand in her way. -- Chris Kavan

Mostly entertaining reimagining of the classic Disney villainess. Itâs still a half hour too long and some of it feels like padding just to fill in references to the original animated movie. But itâs got a great lead turn by Emma Stone, a rocking good soundtrack, and a much more mean-spirited tone than your typical Disney movie.

A fashion-forward film with Emma Stone vamping it up in a dual role as the nice Estella and the slightly mad Cruella. Great supporting roles from Emma Thompson, Mark Strong, Joel Fry and Paul Walter Hauser (and a couple of cute pups) make this a fun not-quite-light hearted adventure - I mean, for Disney it pushes some boundaries, but maybe that's a good thing. It has just enough of an edge to make things interesting.

Emma Stone is having the time of her life in the devilish title role, but "Cruella" has so little bite to it that I unfortunately was never having as much fun as its stunning leading lady.

No posts have been made on this movie yet. Be the first to start talking about Cruella!