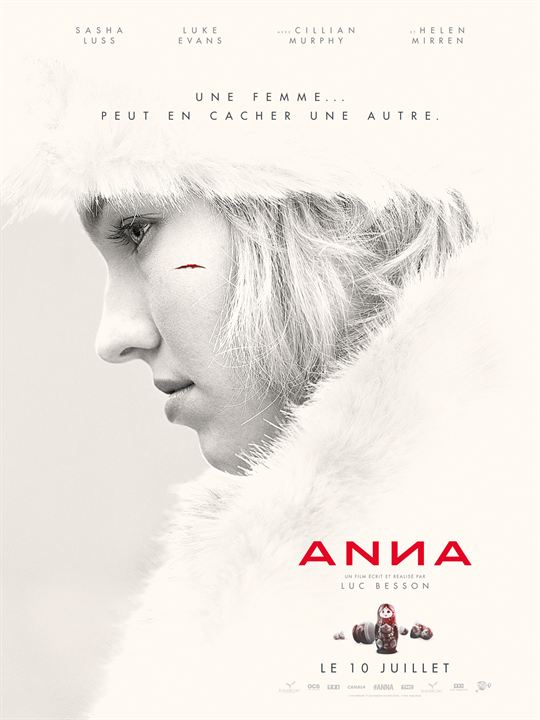 Plot: Anna Poliatova is more than just a pretty face, because beneath her beauty is both strength and skill - and she uses it all to become one of the world's most feared government assassins. -- Chris Kavan

Luc Besson has run out of gas. The spy thriller cliches that he loves arenât remotely interesting this time. His latest muse Sasha Luss is passable at best. Her accent hampers her delivery. This was all done better in the far superior Red Sparrow last year.

While Luc Besson doesn't have a perfect track record when it comes to his films, one thing he does right time and time again is gritty action. Anna may seem a bit too familiar for some - it shares much in common with the film that really put him on the map: La Femme Nikita, but give him credit - just because he goes back to the well, doesn't mean the taste isn't just as sweet.

Besson is also responsible for two films I consider near the top of the respective genres in Leon (The Professional) and The Fifth Element. And both Lucy and Valerian and the City of a Thousand Planets have their moments, even if they fall short of greatness. Anna isn't the top of his game, but it's not too far off. Model Sasha Luss, who had a small part in Valerian, is given the lead role here as a femme fatale …

No posts have been made on this movie yet. Be the first to start talking about Anna!