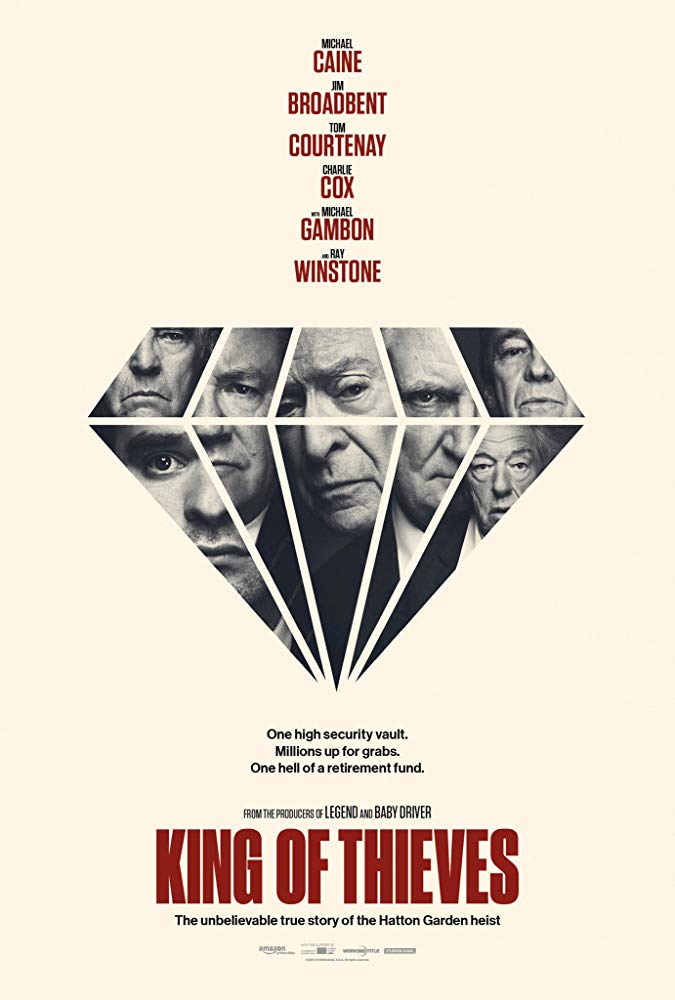 Plot: Based on a true story, in 2015, a gang of elderly crooks pull off one of the biggest heists in London at the Hatton Garden Safe Deposit Company during Easter weekend. -- The WHB

"I'll have you for chunks!"

'King of Thieves' is a slow burn that builds up to nothing. Not to say it doesn't have any entertaining moments despite a sluggish pace.

I mean, what a cast! Micheal Caine, Jim Broadbent, Tom Courtenay, Ray Winstone, and Paul Whitehouse. Centering around a bank heist? Now that sounds like a movie. The back and forward interactions are great and the dry humor perfectly matches their age. Shame you don't get a back story of who these characters are, because I was having trouble caring when the odds are against them.

Michael Caine is excellent, of course. - especially during a scene between him and Charlie Cox after his wife passed. Rather than bawling into tears, Caine instead chooses to reflect deeply on grief itself. You feel his loneliness in that …

No posts have been made on this movie yet. Be the first to start talking about King of Thieves!